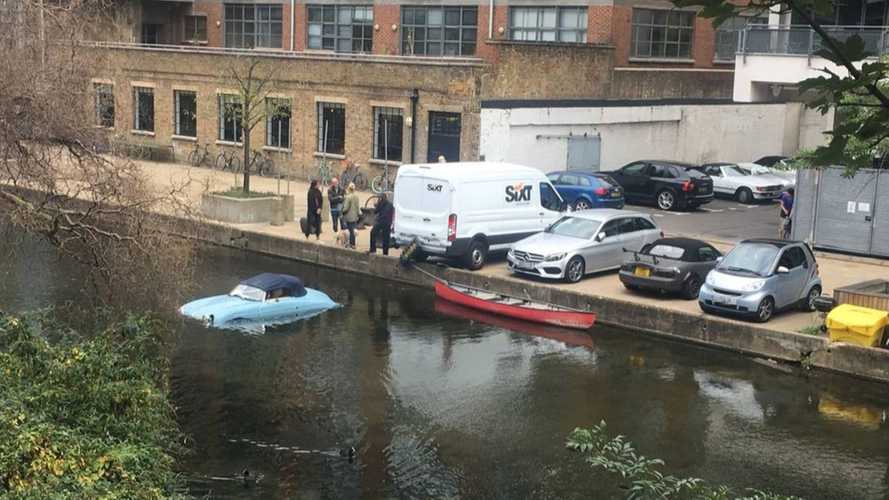 The classic speedster was a first for many things Porsche, but submarine exploration isn't one.

Ah, parking mishaps. These are the worst things that could happen to you as a car owner. We've seen a driver unable to get out of a perpendicular parking spot, and scratching and denting an unsuspecting Camry as it happened. It could have been one of the ugliest moments as a car owner, and it just got worse when the driver irresponsibly left the scene without a trace.

However, that's nothing compared to what happened to this classic Porsche 356 in London. Good thing it was just a replica, but still a grisly scene, nonetheless.

When your day isn't going too well:

In a series of tweets from Unbound, a Porsche 356 replica has been seen pushed out of a parking spot by an inattentive van driver out into the water. The accident apparently happened in a canal near Unbound's headquarters in London. Frankly, we're not sure if we would laugh or cry about the incident, but the way Unbound presented the incident was hilariously dry.

So, there. As you can see, a Porsche 356 in the canal, with half of its body submerged in the body of water. If we didn't know that the van behind it was the culprit, we wouldn't have a clue as to what really happened to this classic speedster. It's like it came out of nowhere, until Unbound revealed that they were able to get a hold of the CCTV footage of the incident, obtained from a coffee shop near the area. Here:

Okay, admittedly, it was hilarious at first, but not if you're the owner of the Porsche 356. Yes, the baby blue 356 Speedster was a replica, but it's still someone's car and trivial parking mishaps like this shouldn't have happened in the first place if the van driver was cautious. Besides, who wouldn't notice such a classic car, right?