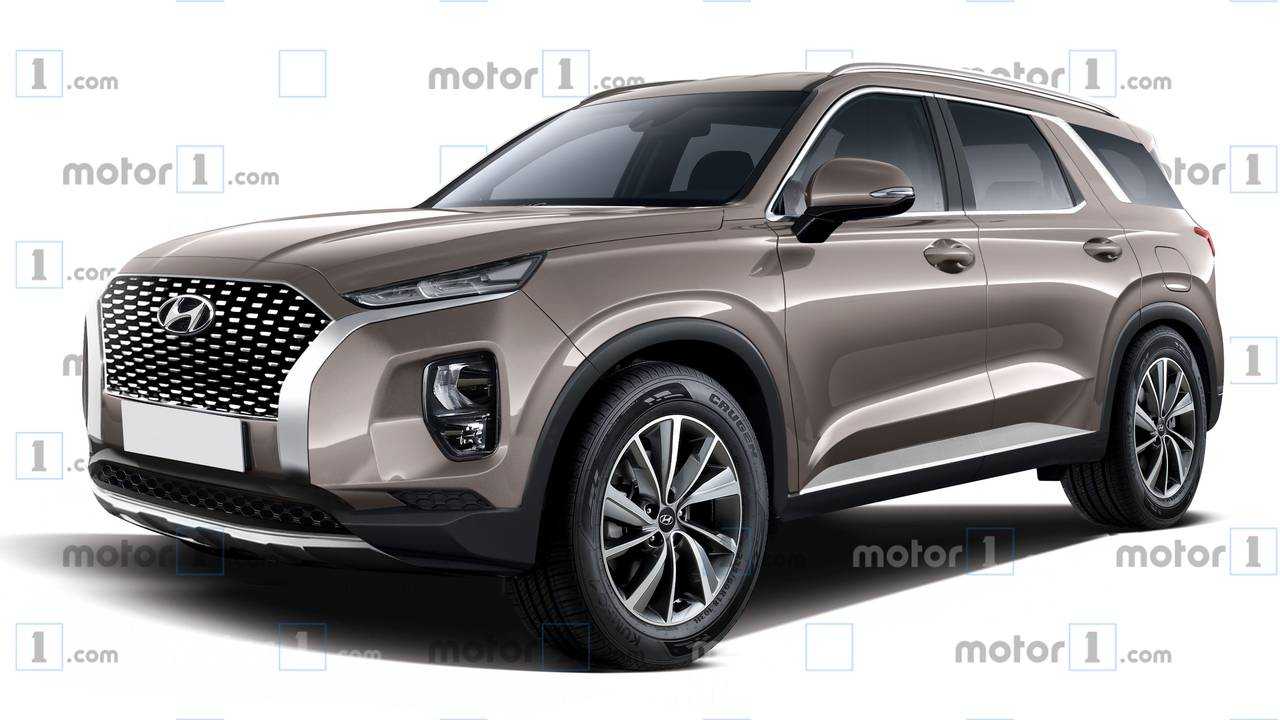 The Kia Telluride's Hyundai-badged US-market cousin will seat seven or eight in comfort.

In an increasingly global and uniform market, where many cars are sold all over the world with minimal differences, people's tastes can't be changed. Anyone who has ever visited the United States will have seen their taste for huge five-metre SUVs with seven or eight seats - models that will never roll on European asphalt. Think Ford Explorer, VW Atlas and the fabulously named Dodge Durango.

More on the US market's massive SUVs:

From 2019, though, a new player will enter the fray in the shape of South Korean manufacturer Hyundai. Right now, the brand is working on a massive five-metre SUV thought to be called the Palisade, although the name is still provisional.

Our rendering shows how the finished car might look, drawing clues from the spy images taken of test mules and on the HDC-2 design study - a concept car shown last June that was thought to hint at the production model's styling.

It is no coincidence that our design inherits the HDC-2's the diamond-shaped face, the thin headlights (no longer integrated in the grille) and the rear window pillar, a solution inspired by the Mercedes GLE that helps create a 'wraparound' rear window, which looks as though the rear glass embraces both the rear face of the tailgate and its sides.

Our image also shows the new fog light position inspired by the smaller Santa Fe, which is available on European shores.

But the Santa Fe isn't the only car the Palisade may turn to for inspiration; the underpinnings are highly likely to come from Hyundai's sister firm Kia.

Both the Palisade and its cousin, the Kia Telluride, are expected to sit on the same mechanical basis, with front- or all-wheel drive and the same engine. That unit is likely to be a de-tuned version of the 3.3-litre V6 petrol engine found under the long nose of the Kia Stinger. That engine will probably send its power to the wheels via an eight-speed automatic gearbox.

Inside, the car is expected to come with all the usual mod-cons, including the latest driving assistance systems and internet connection, as well as goodies such as heated and ventilated seats. The chances of this leviathan coming to the UK, however, are pretty slim.