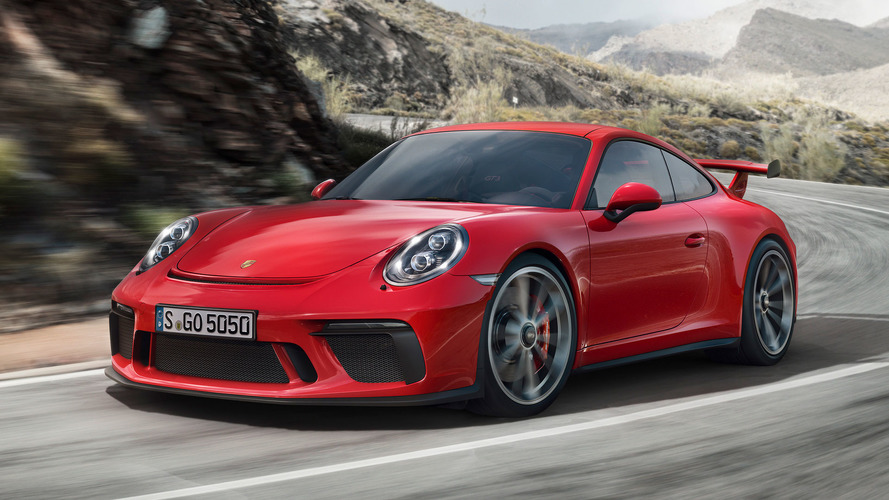 Or rather, that's what he told police after they finally stopped him.

Everyone with a pulse on the world of cars knows the Porsche 911 GT3 is fast. The newest model officially has a top speed just shy of 200 mph, which is why we’re scratching our heads a bit on this story from Auto Bild. We don’t doubt the validity of the article, but we do question the claimed speed this Porsche was said to be travelling, which the driver (yes, the driver) told police was no less than 338 km/h. That translates to a mind-bending 210 mph – on public roads.

If you play, be ready to pay:

Brit tourist racks up £36,000 in speeding fines on holiday
⠀

Specifically, the excessive speed allegedly occurred on the A1 motorway in Austria between the towns of Melk and Amstetten. The driver is said to be a 34-year-old male who, for reasons unknown, decided he needed to be somewhere else right now. Other motorists alerted police, but with the Porsche running an average speed of 174 mph, they had some trouble keeping up. A rolling roadblock was organised well ahead of the driver, and police were finally able to get him stopped.

Once caught, the Porsche’s pilot – who also didn’t have a driver’s license – was apparently quite boastful about his actions and told officers straight-up that he hit the aforementioned top speed. There’s no mention in the article if the driver was drunk or high, but clearly we have reason to be sceptical about his claim. Blasting down a highway at triple-digit speeds without a license then bragging to police about it? It’s possible the GT3 could’ve been modified, but it would take a massive infusion of horsepower to push the Porsche to 210.

Still, that’s like using an AR-15 to kill a spider instead of a hand grenade. Even if the bragging driver was only hitting the GT3’s official top speed, that’s still seriously fast. And since Austria has no unrestricted autobahns like nearby Germany, massive fines for the infractions could be the least of his worry.