VW T-Cross to debut on October 25 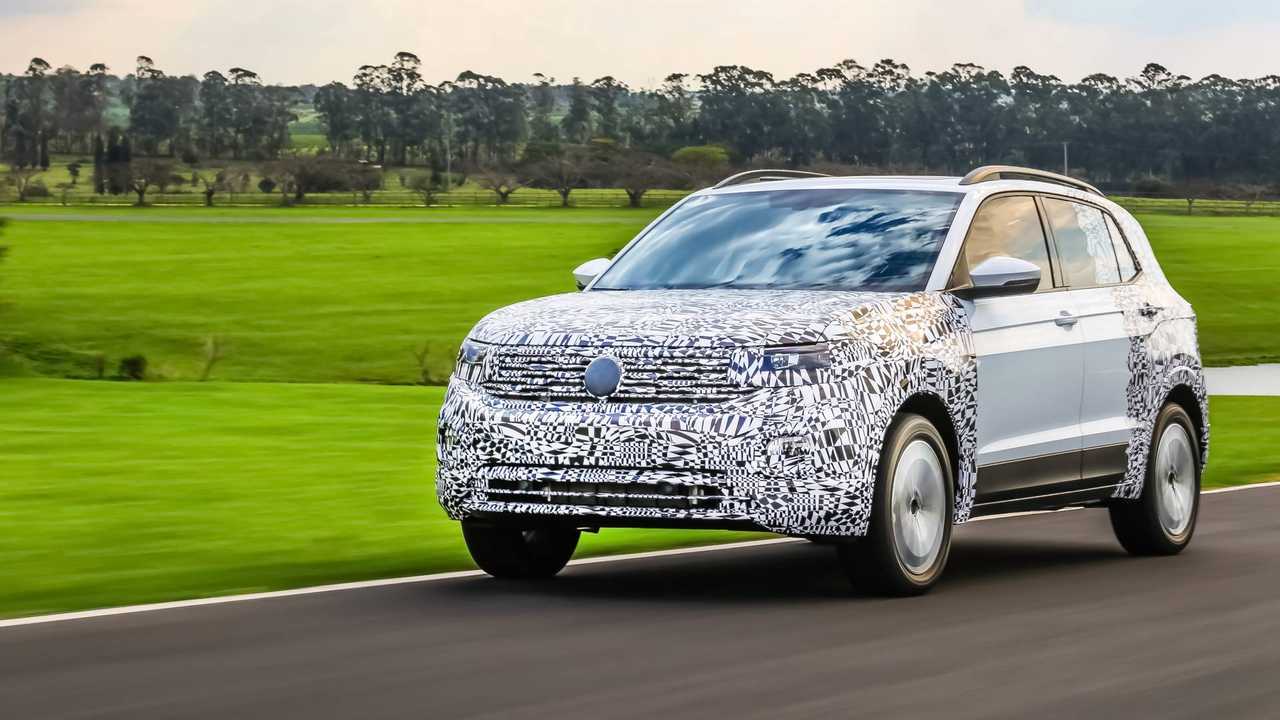 The Polo on stilts will go on sale next year.

Volkswagen is putting the finishing touches on yet another crossover, the T-Cross. The Polo SUV will be one of the company's most customisable models on the market and we will have the first chance to see it in its full glory at the upcoming Sao Paulo International Motor Show in early November. Approximately two weeks before that, on October 25, the vehicle will make its official debut.

A better look at the T-Cross:

The T-Cross will be based on VW’s MQB A0 platform, which also underpins the Polo, and will be slightly larger than the hatchback. For a comparison, the latest generation Polo is 4.053 metres long, while the crossover will be 147 mm longer. Thanks to the increased dimensions, the passengers in the cabin will enjoy a bit more leg space, while the boot will be up to 69 litres bigger depending on the position of the sliding rear seats.

Depending on the market, the T-Cross will be offered with a number of different engines. European customers are likely getting 1.0- and 1.5-litre three-cylinder turbo petrol engines, and a 1.6-litre TDI diesel. In Brazil, a 1.4-litre TSI is expected to be the core motor, while, for some markets in Latin America, a naturally aspirated 1.6-litre engine will also be offered. The power will be channelled exclusively to the front wheels.

Our colleagues from Motor1.com Brazil had the chance to drive a prototype of the T-Cross and describe the experience behind the wheel as very close to what you get in the Polo, but combined with a higher driving position. All the neat features of the hatch, including the fully digital instrument cluster, are also found in the interior of the crossover, which already feels pretty familiar. Interestingly, the Brazilian market will get a unique fascia for the model.

When it goes on sale in the first weeks of 2019, the T-Cross will be available with a choice of 12 exterior colours including a couple of two-tone options.