Rugged pick-up will cost more than £40,000 for private customers

Built to be an even more capable 4x4 than the standard D-Max, the AT 35 is prepared by Icelandic firm Arctic Trucks, which adds 35-inch all-terrain tyres, 17-inch black alloy wheels and Fox Performance Series suspension, as well as flared wheel arches, extended side steps and Arctic Trucks badging. 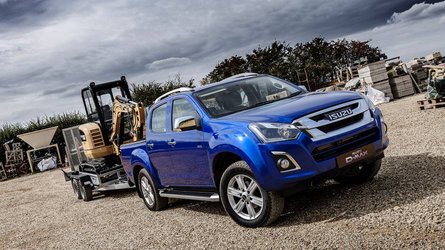 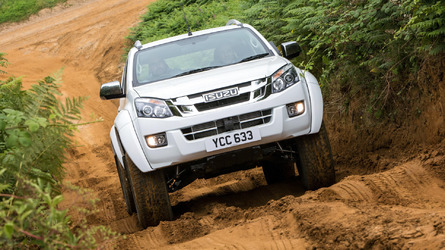 Inside, the vehicle gets leather upholstery and a seven-inch touchscreen infotainment system with Android Auto and Apple Car Play.

For 2019, though, this relatively generous specification has been improved with the addition of new cabin materials, including refreshed seat trims, new pad designs on the arm rests and gloss black trim around the window switches, air vents and glove box.

Trailer Sway Control has also been added to the spec sheet, with sensors allowing the car to detect trailer swing and automatically reduce the vehicle’s speed if any sway is identified. This is done by reducing the throttle setting and braking without any input from the driver, although the brake lights will illuminate as the vehicle decelerates.

In addition, there are now three new exterior colours, including Spinel Red, Sapphire Blue and the special-order hue of Galena Grey.

The news comes just weeks after Isuzu announced a host of similar updates for the standard D-Max ahead of the new model year.

Like the AT 35, the standard car has been given new colour schemes and a revamped interior, as well as the Trailer Sway Control tech, but the lowlier versions have also seen their rear suspension tweaked, while kerb weight has been cut to allow for a modest uplift in maximum payload.

Under the bonnet, the D-Max still uses the same 1.9-litre turbodiesel engine, which produces 163 bhp. In standard D-Max models, the engine will still return more than 40 mpg on the official economy test, although AT 35 models will fall short of that impressive figure. Despite that, and the more stringent emissions legislation that’s come in to play in recent months, though, the engine still hasn’t required AdBlue injection to stay on the right side of emissions laws.

Although the engine might sound small in comparison with rivals’ larger units, it still enables the D-Max to tow a trailer weighing up to 3.5 tonnes, while all variants of the D-Max come with a 125,000-mile/five-year warranty and five-year roadside recovery across Europe.