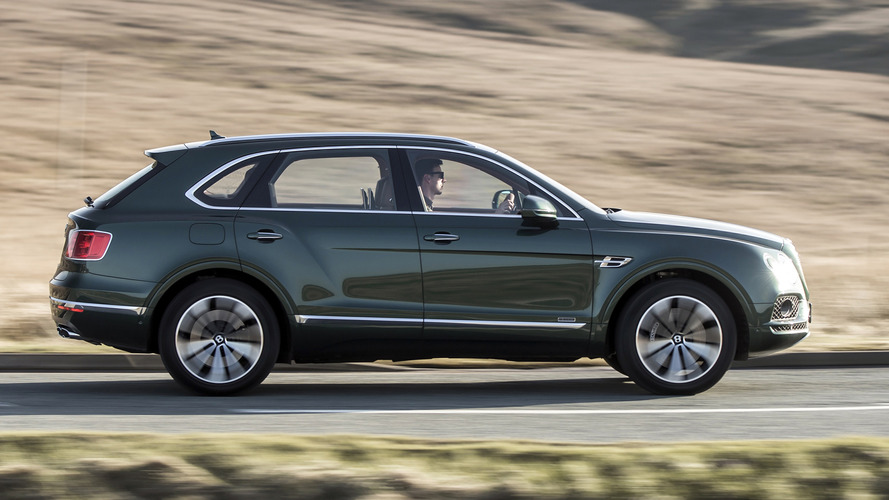 European emission legislation is to blame.

About a year ago, in September 2017, Bentley introduced its very first diesel model to the world. The Bentayga Diesel has “the world’s most refined” 4.0-litre V8 diesel unit with 429 bhp from 3,750 rpm and 664 pound-feet of torque, and, in Europe, is available at almost double the price of the Audi SQ7, from which it sources its engine. But not anymore, as the Crewe-based manufacturer is cancelling sales of the diesel-powered luxury SUV on the continent.

The Bentayga Diesel is a fast thing:

“Over recent months, the political legislative conditions have changed in Europe, and a significant shift in attitude towards diesel-powered cars has been widely documented. These factors, alongside the recent introduction of the new Bentayga V8 and our strategic decision to focus on electrification in the future, have led to us taking the decision to offer only gasoline Bentayga derivatives in European markets from September 2018,” an official statement from the company says.

It shouldn’t come as a surprise that Bentley is discontinuing its diesel Bentayga, as the vehicle is positioned in a segment where petrol and hybrid powertrains dominate the market. It’s not clear what portion of the Bentayga sales worldwide has a diesel engine, but it is probably the least popular among all versions of the model.

The cancellation in Europe doesn’t mean the Bentayga Diesel is gone forever, as Bentley still has plans to offer it in some markets. In fact, the SUV with a compression ignition V8 under the bonnet will remain available in no less than thirteen global markets, including Australia, Russia, and South Africa. Interestingly, Bentley’s UK site is still showing the Bentayga Diesel as a possible option.

Earlier this year, during the Geneva Motor Show, the automaker launched its first-ever hybrid SUV, the Bentayga Hybrid. Combining a 3.0-liter V6 with an electric motor, the vehicle offers 31 miles (50 kilometers) of fully electric driving in the NEDC range test and should go on sale “in selected markets” next year.