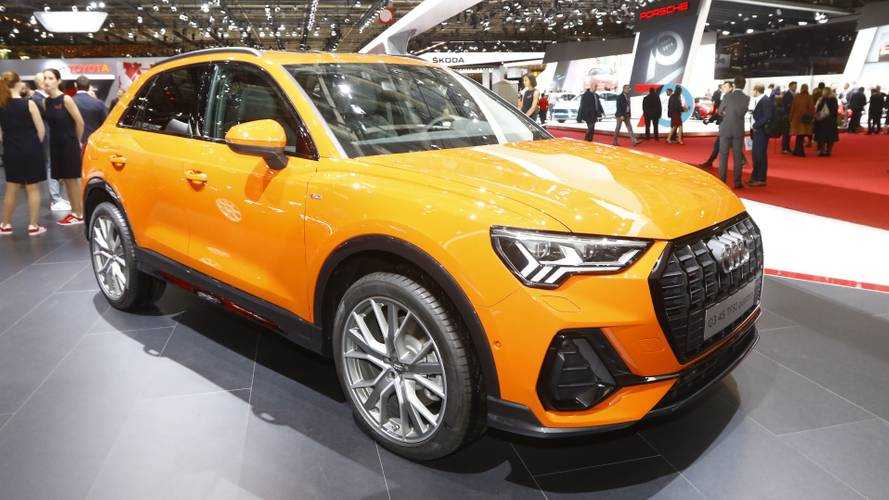 Longer, wider, and lower than the previous generation, the new Audi Q3 has landed in Paris wearing an attractive Pulse Orange coat.

The Q3, Audi’s former entry-level crossover (Q2 has taken its place), has made its public debut this week at the Paris Motor Show with a significantly different exterior design and a tech-laden interior. It represents a vast departure from the previous generation and aims to profit from the crossover craze the automotive industry is currently enjoying.

Audi RS Q3 plays its five-cylinder symphony at the Nürburgring

With the switch to a new model, the Four Rings have moved production of the luxury compact CUV from SEAT’s factory in Martorell, Spain to Audi’s own plant in Győr, Germany. Assembly kicked off about three weeks ago and now a Pulse Orange example is shining under the spotlight of the Paris show with a TFSI petrol engine and an all-paw Quattro system.

To avoid clashing with the smaller Q2, Audi has stretched the new Q3 by 96 millimetres and has widened it by 18 mm. The growth pays dividends in terms of roominess as the wheelbase has been elongated by 77 mm. As a result of its increased footprint, the second-gen Q3 has more knee room, headroom, and elbow room to offer compared to its predecessor. With the rear seats in place, cargo capacity stands at 530 or 675 litres depending on the position of the seats as these can be moved fore and aft by 150 mm. Fold them and you get a cargo volume of 1,525 litres.

Yet another member of the Volkswagen Group’s MQB platform, the 2019 Audi Q3 will be offered with a total of three petrol engines and a diesel, but availability will depend on where you’re located. These have power outputs ranging from 147 bhp to 227 bhp, and we’re expecting SQ3 and RS Q3 versions to up the power ante even more in the years to come.

The revamped Q3 embraces Audi’s new design language seen first on the flagship A8 before trickling down to the A7 Sportback and the A6 Saloon / Avant. The first-ever Q8 also has the latest styling direction of the Ingolstadt brand, as does the Sportback-only new A1 supermini.

It’s not the only new crossover Audi has on display these days in Paris as the SQ2 is also celebrating its public debut.