New Suzuki Jimny and its Grandpa pose together in Paris 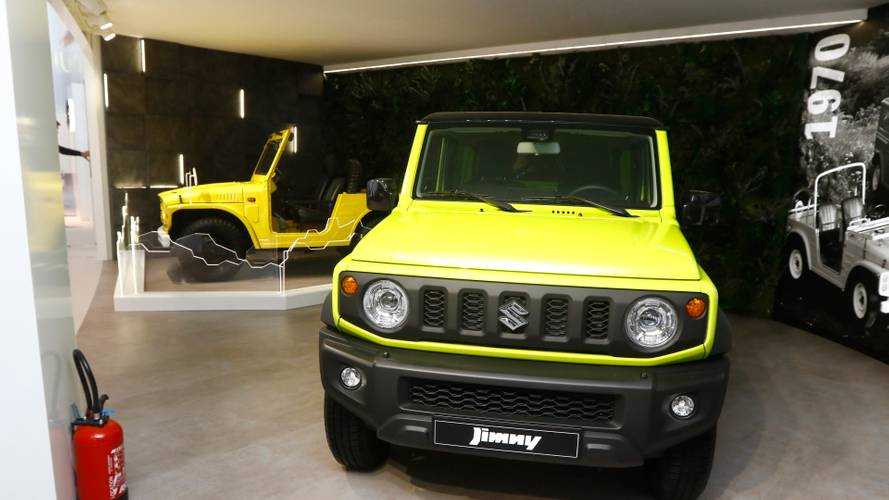 The new Jimny is an affordable off-roader, and in Paris, it shows where that ethos comes from by appearing with the LJ10.

Suzuki continues to tempt us by showing off the Jimny at the Paris Motor Show. For the automotive extravaganza in the City of Light, Suzuki also has an original LJ10 on display (gallery below). This pint-sized off-roader is the starting point for the Jimny's evolution, so it's great to see two generations of the family together.

The LJ10 started as the creation of the Hope Company, and Suzuki bought the firm's automaking division known as Hope Star in 1968. Launched in 1970, Suzuki replaced the original Mitsubishi-sourced engine with its own powerplant. The tiny, air-cooled 359cc two-stroke, two-cylinder made just 24 horsepower, but it was plenty to motivate the little machine. This setup also let the LJ10 qualify as a kei car in Japan to take advantage of lower taxes. The result looked like a shrunken Jeep and still had great off-road ability thanks to low gearing, four-wheel drive, and a curb weight around 590 kg.

Jump on the Jimny:

The Jimny maintains the same ethos of being small, affordable, and being rugged off-road. In Europe, buyers get a 1.5-litre naturally aspirated four-cylinder that makes 100 hp and 95 lb-ft, and Japan has the option of a 660cc turbocharged three-cylinder. A five-speed manual comes standard, and there's an available four-speed automatic. For better ability on rugged terrain, it has four-wheel drive and a two-speed transfer case. The cabin mixes old-school and model touches by featuring an infotainment screen but otherwise looking straight out of the 1990s.