Alfa back to black Nero Edizione models start at £23,720 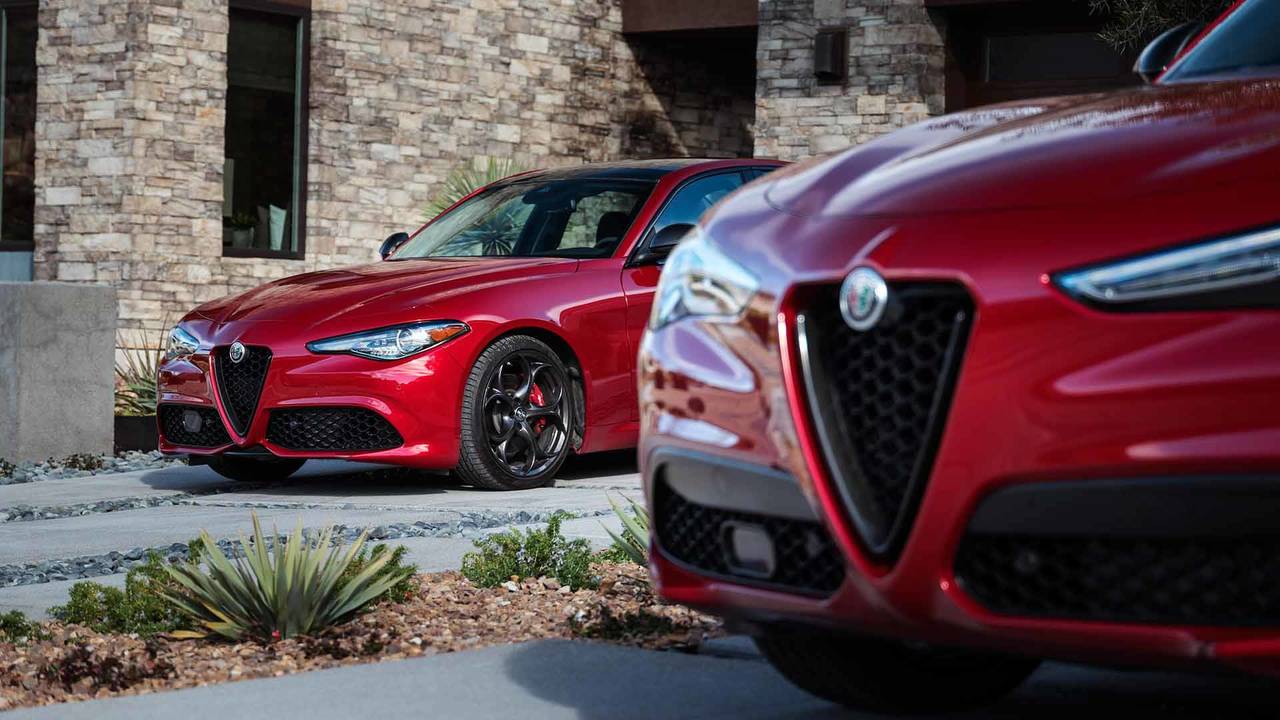 Order books are already open for the cars, which are set apart by their gloss black design features.

Alfa Romeo Giulia and Stelvio diesels get power boost for 2019

Based on the existing Super versions, the Stelvio and Giulia iterations boast gloss black grille surrounds, door mirror caps and exhaust tips, as well as burnished badges. Gloss black window surrounds also add to the look, along with dark-tinted windows and - on the Stelvio, at least - black roof bars.

The Giulia completes the look with the addition of 18-inch, five-spoke dark alloys, while the Stelvio gets larger 20-inch wheels with V-shaped spokes.

Inside, meanwhile, both cars get aluminium sports pedals and kick plates, as well as a range of high-tech features.

As standard, both the Giulia and Stelvio come with adaptive cruise control and an 8.8-inch touchscreen infotainment system with Apple Car Play and Android Auto smartphone connectivity.

Adaptive Bi-Xenon headlights are also included on both models, while the Giulia is enhanced with 40/20/40 split folding rear seats.

Alfa Romeo’s Connected Services are also included, allowing the car to provide clever assistance features, including emergency service calls in the event of an accident and GPS location to help the owner find the vehicle in a car park.

Those interested in the Stelvio Nero Edizione will be able to choose between a 2-litre petrol engine with 197 bhp or a 2.2-litre diesel with 188 bhp - both of which come with four-wheel drive.

In the Giulia Nero Edizione, only the 2-litre 197 bhp petrol engine will be offered, sending its power to the rear wheels.

For the Giulietta, the Nero Edizione gets the same black grille surround and dark badging, but also adds an oversized exhaust tip and black door handles. Inside, the cabin is enhanced with the addition of the Tech Pack, which incorporates a seven-inch touchscreen with an Alpine hi-fi system, a rear-view camera and USB connectivity.