A shocking new survey highlights just how angry us Brits get behind the wheel.

A new study of 2,000 drivers has revealed that drivers typically swear 41 times for every 100 miles they spend on the road. Each month the typical motorist commutes 373 miles to and from work and in the process they’ll curse 152 times on average. 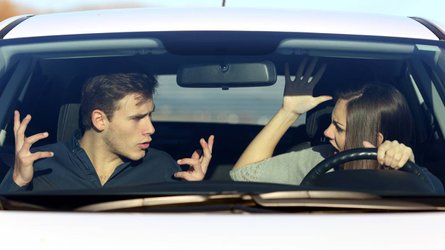 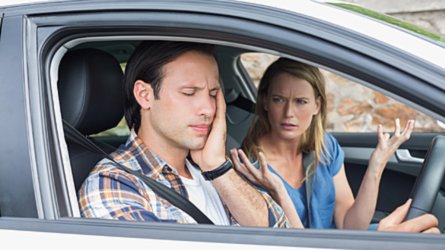 Even on the school run when kids are present drivers will swear 26 times for every 64 miles covered, but while nine out of 10 drivers admitted to swearing behind the wheel, 61 percent said they don't swear when children are in the car. In fact, 45 percent of those involved with the survey said that instead they used 'friendlier' alternatives to swearing – like "fudging hell" or "what a plonker" – when their kids are with them.

The Hyundai-commissioned study also revealed that as many as 84 percent surveyed didn't know that the use of foul language or hand gestures could vent land them in hot water. Such things could be classified as 'disorderly behaviour', which could result in a fine.

"It’s been fascinating to delve into the mindset of drivers with this research, which has been commissioned as part of Clean Driving Month where we’re calling on all drivers to drive a little bit cleaner," said Sylvie Childs, Hyundai Motor UK’s Senior Product Manager. "Whether that’s getting in the right mindset to keep their attitude and language clean, improving their driving style or championing the benefits of alternative fuels."

Around 40 percent of those surveyed thought that they swear more when driving as opposed to any other time, but despite that, 46 percent felt they didn't curse too much behind the wheel.

Getting cut up, those who park over two spaces and seeing someone text while driving are among the most common reasons for swearing, according to the survey carried out by OnePoll.com, while the M25 (surprise surprise) was found to be the road most likely to make motorists curse, followed by the M6 and M1.

"It’s interesting to see that British drivers swear as often as 41 times every 100 miles, the challenge is making sure drivers don’t cross over from ‘auto annoyance’ to ‘road rage’," said consumer psychologist Patrick Fagan. "There are ways that everyone can ensure they’re in a positive mindset when they get behind the wheel – from removing distractions, listening to peaceful music or eating some chocolate.”