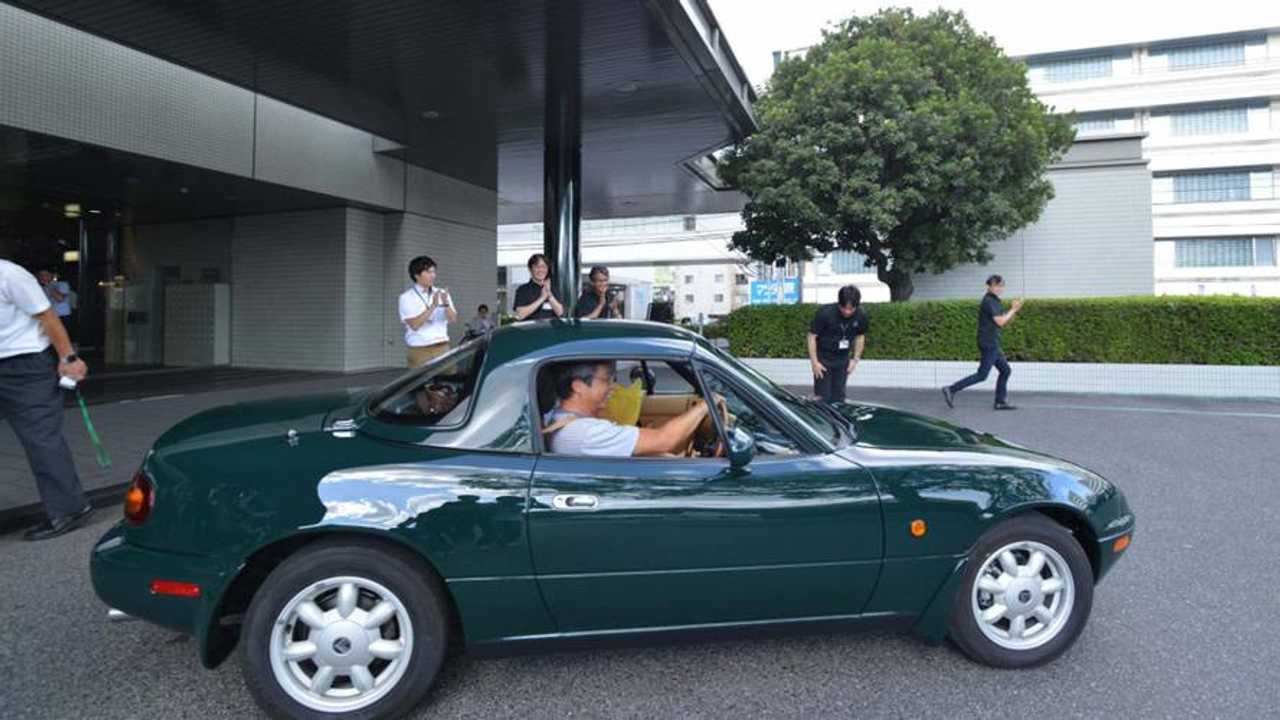 In August 2017, Mazda launched a project in Japan to give first-gen MX-5s a complete factory restoration, including stripping them down to bare metal. The company finally handed over its first fully restored roadster to a very happy couple in early August.

Nishimoto Keiji and his wife Marimi purchased their Miata in 1992. Yoshitsugu recently retired and had more time to spend with his roadster. However, the car was in need of some work. He read about Mazda's restoration program and applied to be part of it. The automaker picked his car to be the first official restoration of the program after previously testing out the process on other old MX-5s.

The answer is always Miata:

Mazda took Nishimoto's' roadster, and the team at the automaker's Engineering & Technology centre at the Hiroshima headquarters began the two-month restoration process. The crew first inspected the vehicle to figure out what it needed. They then stripped off all the paint and tore apart the engine. The same folks who paint Mazda's show cars spray the pigment on these restored vehicles. When the work is done, Mazda gives owners a book that chronicles the restoration, including before-and-after photos and documents listing all of the completed work. TÜV Rheinland Japan certifies the quality of the labour.

'People who like Roadster, please do it, by all means, you may feel that it is relatively high compared to the new car price, but if you can keep on dozens of years from now on, you have to do it. I think that it is worth it,' Nishimoto Keiji said, according to a translation of Mazda's blog post interviewing him.