Help us decide which one is quicker.

Another day, another interesting supercar drag race. Today, we are bringing a battle between a completely stock McLaren 720S and a heavily modified Ford GT tuned by Heffner Performance and Wheels Boutique.

Before we see the final result of the race, let’s take a quick look at the two cars and their performance numbers. The tuned GT comes with a 5.4-litre V8 twin-turbo engine massaged by Heffner to deliver 1,000 bhp. The motor is mated to a six-speed manual gearbox and the total weight of the car is 1,565 kilograms.

McLaren 720S against the world: 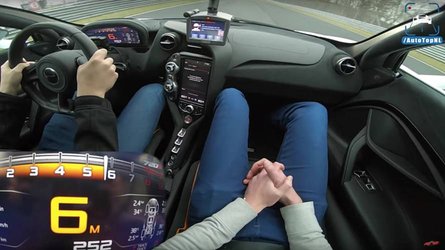 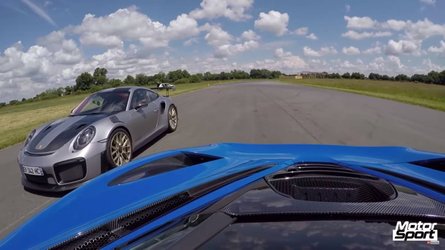 Against it is a factory McLaren 720S with no modifications. The Woking-based company’s supercar uses a 4.0-litre V8 twin-turbo engine sending 710 bhp to the rear wheels through a seven-speed dual-clutch automatic transmission. At 1,442 kg, it’s slightly lighter than its opponent.

The two cars meet in a series of two races with a rolling start. During the first run, the two seem extremely close before the finish line and, honestly, we can’t decide who is the winner from the available footage. It seems like the GT has a couple of inches of advance, but we will leave it to you to judge.

Unfortunately, the second run doesn’t give a better idea of the supercars’ capabilities either. Shortly after the launch, the GT loses traction as it catches some water on the track. Such things happen in drag races, especially at night, so we will have to wait for a rematch. The folks over at Drag Times promise the two cars will meet again at SEMA in Las Vegas later this year.

Anyway, there’s no denying the 720S is one of the quickest supercars available on the market today. In previous drag races, we’ve seen it successfully battle a Porsche 911 GT2 RS, a Mercedes-AMG GT R, and even a McLaren Senna.