It’s safe to say Volkswagen’s Dieselgate shook the automotive industry like no other scandal before it. It affected not only the manufacturer’s core brand, but all its other marques, too. Skoda, Audi, SEAT, and Porsche had to recall and fix millions of cars, and the fiasco even spelled the end of all diesel vehicle developments within the sports car maker’s lineup earlier this month. While that’s not a huge loss for Porsche per se, the company’s reputation “has suffered” heavily as a result of the scandal. 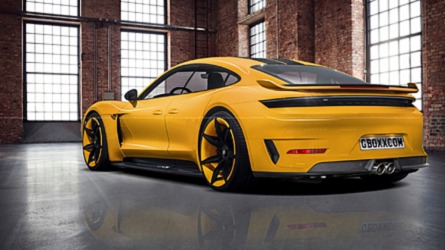 This is what Porsche chief executive Oliver Blume has admitted in a recent interview to BBC, where he discussed Dieselgate and the aftermath from it. In an official statement, the automaker said it is not “demonising diesel” because “it is, and will remain, an important propulsion technology,” but Blume conceded that “nevertheless, Porsche's image has suffered.”

“The diesel crisis caused us a lot of trouble.”

Porsche virtually stopped selling diesel vehicles in February this year, when the Panamera 4S Diesel and Macan S Diesel were discontinued. The brand never developed its diesel engines in-house and instead used Audi-sourced motors, which are believed to be among the best in the industry. Porsche’s first mass production diesel model, the Cayenne Diesel, was introduced some 10 years ago.

Now that the diesel is a taboo for Porsche, the company promises to keep optimising its petrol engines. Purists will be happy to hear the good old ICE is not going anywhere as “emotional and powerful sports cars will thus continue to play an important role in the Porsche product portfolio.”

Meanwhile, the automaker will also continue to invest heavily into electrified technologies and, by 2025, it wants “every second new Porsche vehicle” to have an electric drive. Porsche will remain focused on developing hybrid and fully electric powertrains thanks to a massive £5.4-billion investment in the next four years.