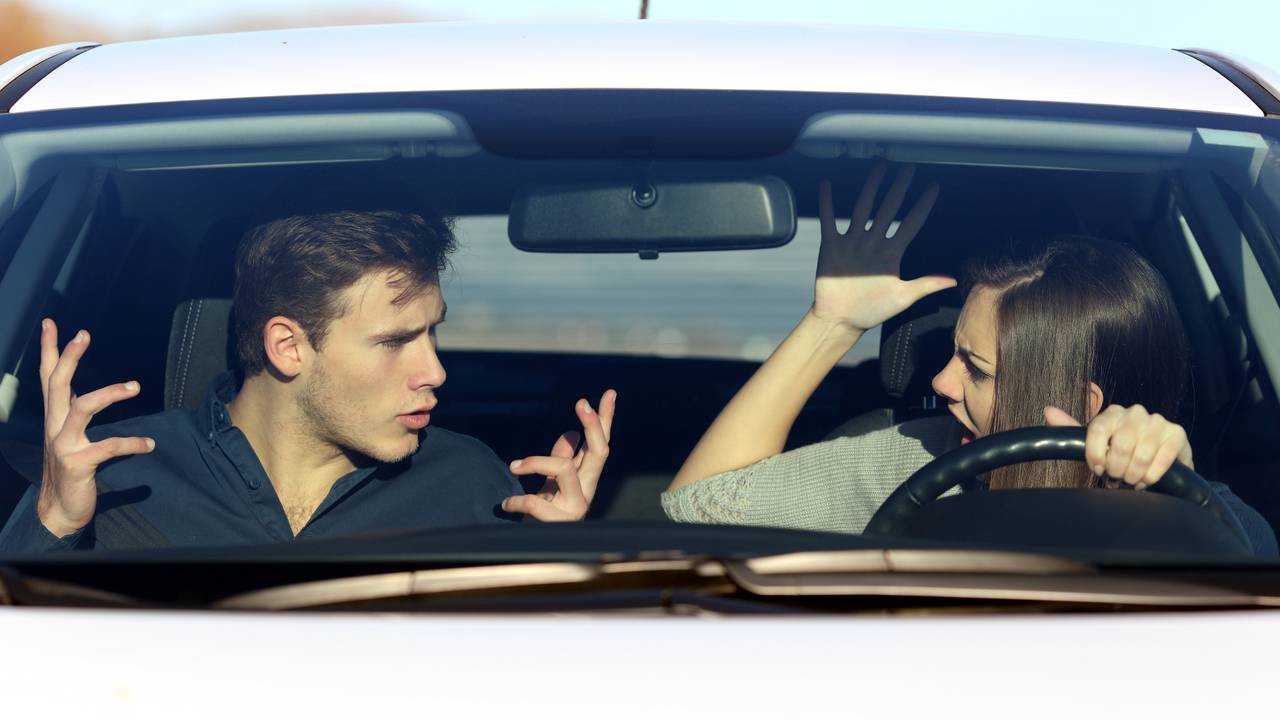 A new survey has shed a light on how happy married couples are in the car.

Bad news for married couples – one in five married Brits think their partner is dangerous driver, according to a new study.

The research even revealed that as many as 26 percent of Brits have refused to get in the car with their partner in the last 12 months because they say they fear for their safety when their partner is driving. Overall 21 percent of motorists say they hate the way their partner drives, and 40 percent regularly shout at their partners due to poor driving habits.

The car: A happy place, or not?

Almost seven in ten (68 percent) say they often bite their tongue when it comes to road blunders to avoid a confrontation, but 13 percent have been forced to go as far as grabbing the wheel to avoid a crash.

Among the biggest gripes for married male passengers is taking too long to get out of a junction, driving in the wrong gear, parking too far from the kerb and breaking too hard; while the women said male drivers go too fast on country lanes, tailgate other motorists, and of course, road rage came up in the study as well.

What winds men up about their partner's driving

What winds women up about their partner's driving

The study revealed that on average it takes just 28 minutes for married couples to get into an argument over road habits, and  69 percent of those surveys said that all car journeys end up in a row.

One in ten said they are most likely to lose their temper with a partner on the way to the supermarket, while one in twenty (somewhat predictably) said visiting the mother-in-law was pretty much guaranteed to end up in an argument in the car.

"We all have a different approach to driving, but the main thing is that we remain safe on the road," said Anna McEntee, Director, Budget Insurance "Arguing about the way someone drives or shouting at them for taking a wrong turn is counterproductive, as it could be a distraction for the person behind the wheel."

"If you’re driving somewhere unfamiliar, check and plan your route beforehand to avoid getting lost, being late and triggering an argument with your other half."

Do you get wound up by your partner's driving, or are you guilty of any of these blunders?