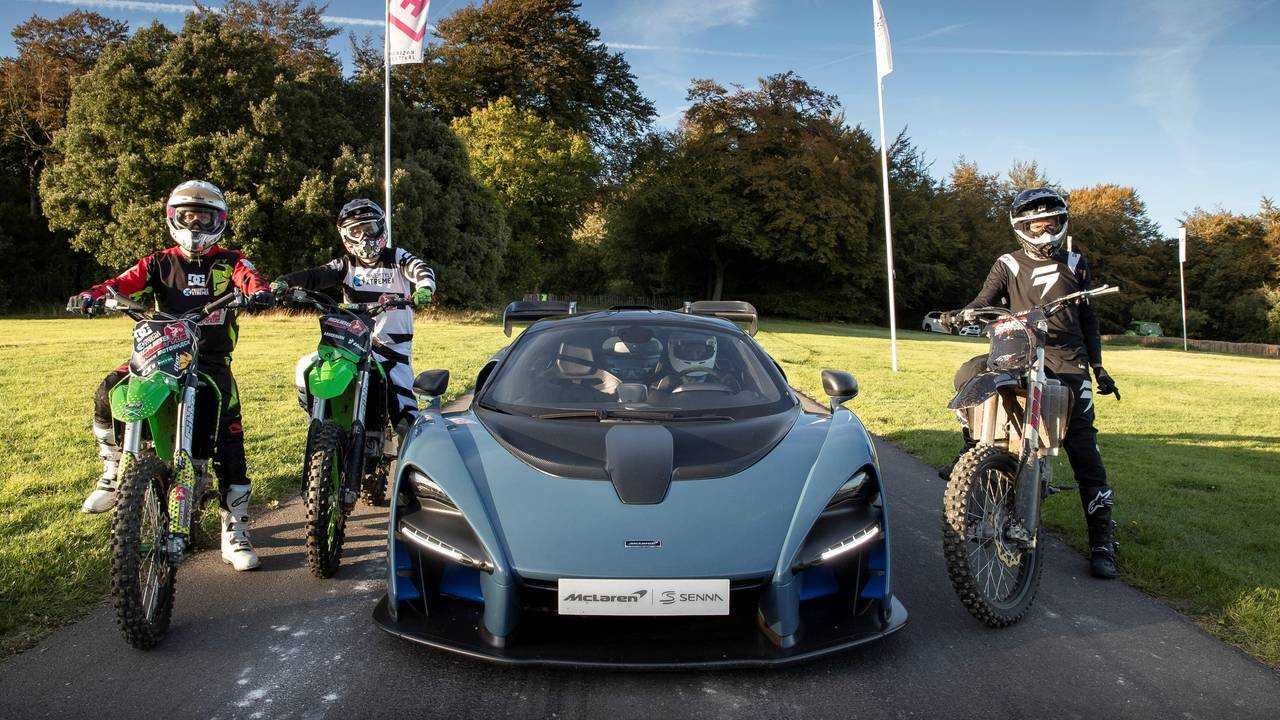 The latest title in the franchise will launch next week.

McLaren has celebrated the imminent launch of Forza Horizon 4 with an epic race at the Goodwood estate.

Using the famous hillclimb course – the centrepiece of the world-famous Festival of Speed and the driveway to the house on the estate – McLaren raced its new Senna hypercar against three 450cc Motocross bikes.

Of course, the Senna is the cover car for the new Xbox One and Windows exclusive game. Driven by one of McLaren's roster of professional drivers, it proved more than a match for the three bikes, even with the bikes taking more of a direct route.

The Forza franchise's latest collaboration with McLaren follows on from the P1's starring role in Forza Motorsport 5. The first hypercar from the latest incarnation of the present-day McLaren road car business starred on the cover of the first Forza title for the latest generation XBox.

Forza Horizon 4 is the first Horizon title to be set in the UK. Previous editions were set in Colorado, the south of France and north of Italy, and Australia. The Ultimate Edition of the game will be available from this Friday, September 28, four days ahead of the full global launch of the game on Tuesday, October 2. Horizon 5 will included 450 cars at launch, with a series of downloadbale additions and expansions adding to that number at a later date.

The game also gives the general population the best chance of driving the Senna. Only 500 units of the car will be built, all costing around £750,000, and yes, every single one of them has already been sold – in fact, the first 50 or so have already been delivered.

It uses a version of the same Ricardo-built twin-turbo V8 that is currently used in all of McLaren's road cars, this time putting out 789 bhp. That's good enough to take the car from 0-60 in just 2.8 seconds, and onto a top speed of 211 mph. The whole thing weighs just 1,198 kg, and at speed the car's many fins and vents help it produce around 800 kg of downforce.