Every man and his dog has been to the Nürburgring... but not like this.

[UPDATE, October 3] Full video has been attached above.

These days everyone is lapping the Nürburgring, trying to find that hundredth of a second that will give them a lap faster than their rivals.

Ford Performance is one of those brands that develops its products on the 'ring, but it's latest visit to the German track wasn't about lap time. 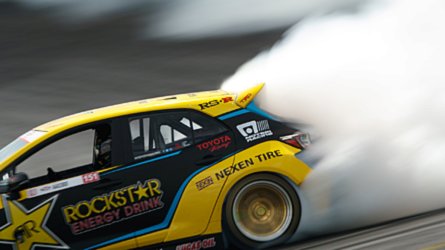 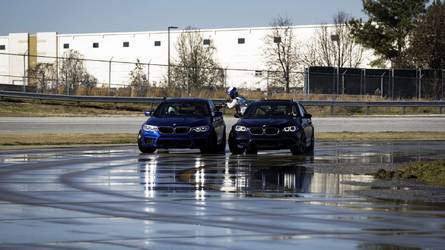 Factory driver Vaughn Gittin Jr. took to the 12.93 mile track in his 900 bhp Ford Mustang, and became the fist – and so far only – person to drift the entire course. A YouTube video titled The Drift King of the Ring showcased the feat, which came after a failed attempt last autumn. Poor weather scuppered the previous attempt, but this time the drift lap went off without a hitch.

"I was out of my comfort zone for the majority of the hot laps," Gittin Jr. said. "I did not know the Green Hell nearly as well as I thought I did. Everything changes when you’re going sideways at those speeds. When we stopped for the first tyre change I was elated. I had to catch my breath, which is something I have never experienced behind the wheel since I was a rookie in Formula Drift."

'Tyre change,' that's right. Gittin Jr. didn't do the entire lap on a single set of tyres, but are you surprised? The Green Hell, as it is known, is hard on tyres during a race, let alone when you have smoke pouring off the rear tyres.

After Gittin Jr's previous attempt was called off, he took to the former German Grand Prix track in the then-new Ford F150 Raptor instead, but he – and Ford – always vowed to return in his drift car for a proper attempt at sliding the 'ring

"The Nordschleife is one of, if not, the most iconic track in the world and I have been in love with the danger and folklore of the famous Green Hell at the Nürburgring since I can remember," said Gittin Jr, quoted by The Drive. "I finally went there in person in 2013 and it was then that I made a promise to myself that one day I would return to drift it in its entirety."

"Drifting the Nürburgring represents the ultimate challenge to me: it is something that many questioned whether it would be possible and whether the car and driver could do it and come out in one piece," he said. "Something inside of me had to take this on to find out. I didn’t go there for a lap time, I went for a good time!"