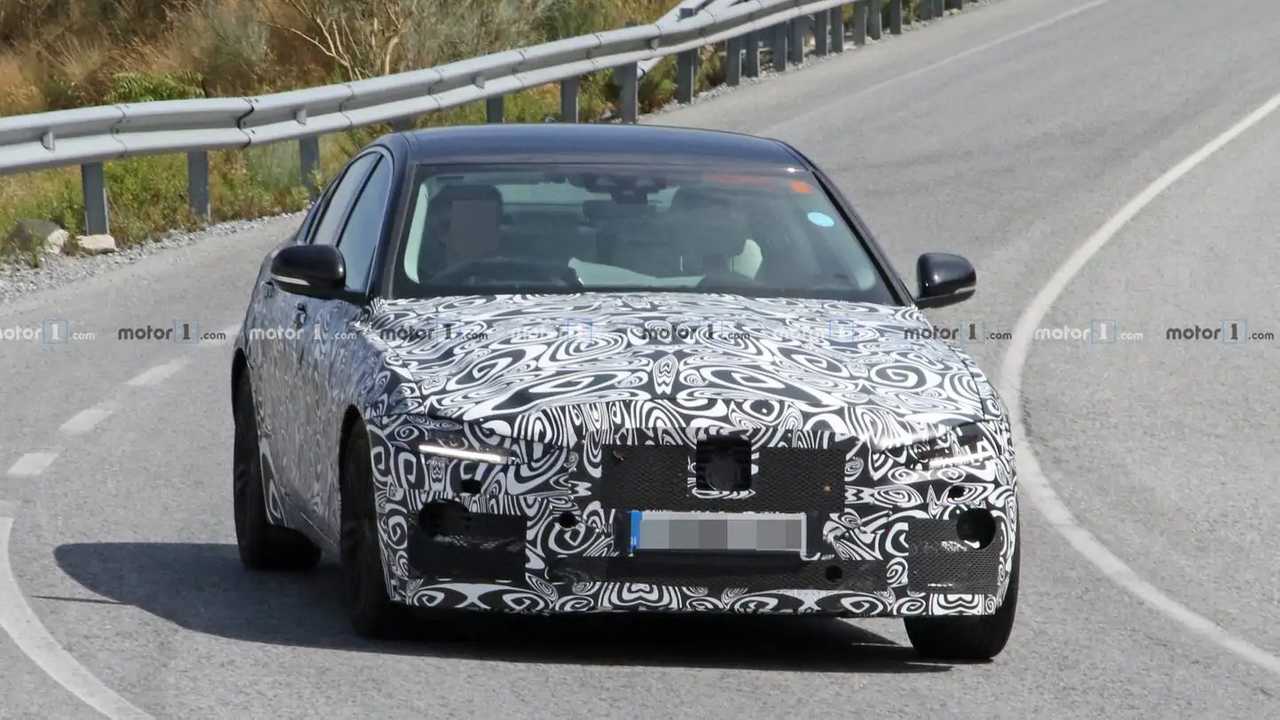 Today brings us our second look at the refresh Jaguar has in store for its XE saloon. Like the previous shots from the end of August, this test vehicle is awash in swirl camouflage except for the roof, however we still believe the extensive wrap is really a red herring. The updates appear to be concentrated on the front fascia, where we can see slightly smaller intake openings at the corners. Redesigned LED headlights are also hiding under the wrap, but that’s likely the extent of the changes in front.

Here's the latest on the Jaguar XE:

The rear could also sport a redesigned set of lenses for the taillights, but if Jaguar has any changes in mind for the rear clip they must be quite minor. Body lines appear the same as compared to the current model, but the empty exhaust cutout on the right side is a bit of a mystery. We observed the same thing on the previous test car; it could be a placeholder panel for a soon-to-come production part, or perhaps Jaguar has something else cooking in the performance department.

We haven’t heard a single thing on powertrain changes from our inside sources, except for talk on a mild hybrid system that could come later on. Despite the larger bumper cutouts with the possibility of quad exhaust tips, there’s still no indication the automaker is planning a higher-performance XE SVR variant. Aside from the ultra-rare XE SV Project 8, the XE S with its 375-bhp supercharged V6 is the hottest compact Jag you can get, but that might also be changing with rumours that Jaguar will be dropping the V6. Other power options currently include a 2.0-litre turbocharged petrol four-cylinder making 296 bhp, 247 bhp and a 197-bhp version.

Similarly, we haven’t heard anything revolutionary on interior changes outside of typical mid-cycle refresh bits. An improved infotainment system and some new semi-autonomous tech could be part of the refreshed saloon as well.

Right now, our sources are saying the facelifted XE could appear at the Geneva Motor Show in March. A reveal ahead of that event, however, wouldn’t come as a surprise to us.