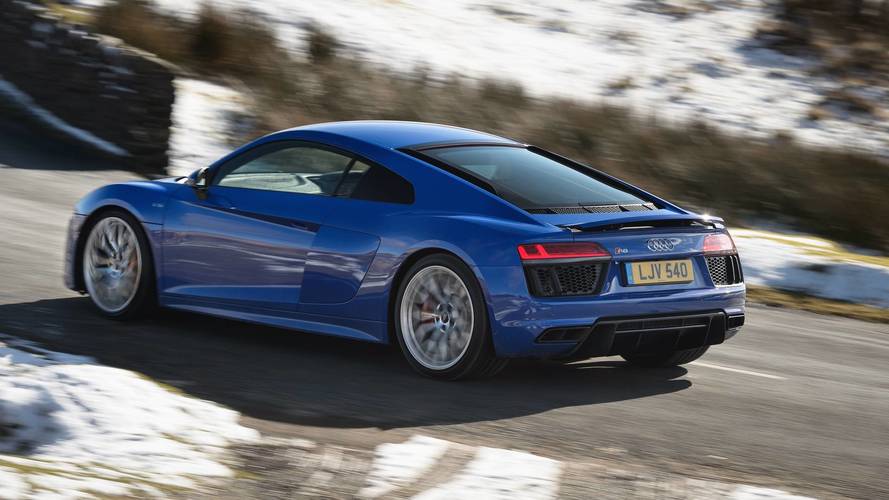 Due to popular demand, the rear-wheel-drive R8 could return with the forthcoming mid-cycle refresh.

Missed out on buying the rear-wheel-drive R8? You’re in luck as Audi is analysing the prospects of reviving the RWS model with the facelift due to be unveiled before the end of the year. As you may recall, the version without Quattro was limited to a combined production volume of the coupe and Spyder of only 999 cars worldwide.

A closer look at the Quattro-less R8

Since the R8 RWS was a “great success” according to marketing manager Linda Kurz, the Four Rings are seriously considering a part deux. Speaking with Autocar, the Audi official said the revival of the tail-happy R8 is “something that we are looking into.” It’s too soon to say whether it will be another limited-run special edition or it will serve as a regular production model alongside the Quattro-equipped R8 V10 and R8 V10 Plus, although it would be fair to the original 999 buyers to keep it as exclusive as possible.

The mid-cycle refresh Audi is preparing for the R8 must be right around the corner taking into account a barely disguised prototype of the Spyder was seen just last week. It had a slightly altered look and large oval exhaust tips familiar to fans of Ingolstadt’s RS-badged cars. If the not-a-Quattro R8 will get the green light for a comeback, don’t expect any dramatic changes over the all-paw version since the pre-facelift model only has a few discreet tweaks compared to the standard car.

Should Audi decide not to resurrect the R8 RWS, deep-pocketed buyers will have to get in touch with Lamborghini to place an order for the Huracan 580-2 available as a regular production model (“regular” for a Lamborghini, that is) in both Coupe and Spyder flavours.