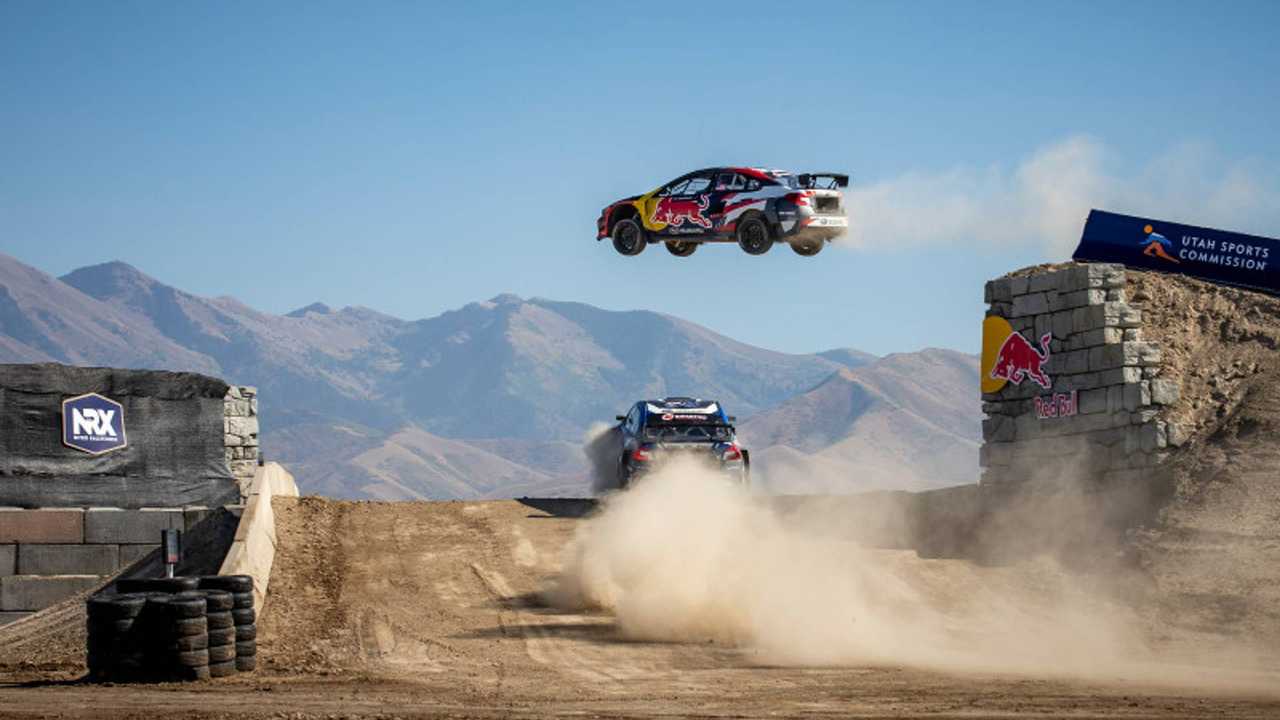 Modern motorsport is a world full of over-regulation and constant stewards enquiries, so when action sports star and all-round loveable nutter Travis Pastrana told the world he'd developed an 'innovative track like no other', we took note.

The track – designed specifically for the Nitro Rallycross competition which took place this past weekend – was the perfect combination of rallycross and motorcross, with a sprinkling of Hot Wheels thrown in for good measure. Dirt, tarmac, banked turns, and several small jumps.

That's right, a professional motorsport competition had a jump that would've made Evel Knievel himself do a double take. What's more, that jump crossed over yet another jump, a tabletop one.

"Its super cool but it also pushes a lot of limits," he added. "The first jump I went for the target speed, accelerated up the ramp, I thought I hit the speed about right and then in the air I thought wow I should see the ground by now. I was up there for a while, I'm revving the engine trying to keep the wheels spinning so it doesn't pitch the nose and then finally I could see the ground and I was still really for away from it."

The track at Utah Motorsports Campus had multiple routes, but the gap jump ended up being the fastest way round the course. While rallycross is known for having the odd jump, or 'yump', the Nitro Rallycross jump was the largest purpose-built jump ever used for any professional competition.

It wasn't for everyone though, Ford drivers Steve Arpin and Ken Block avoided the big leap all weekend because the suspension on their Ford Focus RS RXs couldn't take it, while eventual event winner Timmy Hansen also avoided it on the first day, before jumping nine times in practice on the second day of racing which went on to dominate.

To make the jump, drivers needed to hit a speed of around 71-73mph in their 600bhp four-wheel-drive supercars. Hansen in fact had a button on his steering wheel limiting his Peugeot 208's top speed to 71 mph in third gear to allow him to clear the gap safely.

Check out footage of the insane jump below.