It seems like a mismatch at first glance, but not on the spec sheets.

It’s almost always safe to say that the Porsche 911 would beat any estate in a drag race, right? However, that’s not the case if the latter is an Audi RS4 Avant, which is the fastest vehicle to pick up your kids from a soccer match.

We know for a fact that the RS4 Avant beat the BMW M3 CS in a previous drag race, which is quite surprising, by the way. However, we’re talking about the Porsche 911 GTS here – a classic sports car with an outstanding reputation for exemplary driving performance. 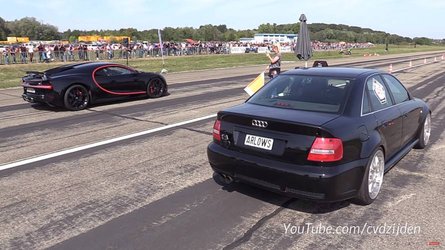 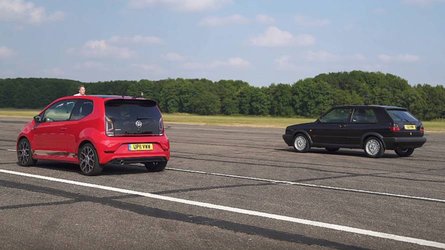 Before you place your bets, let’s take a look at each car’s specifications to see if the RS4 Avant is on the shorter end of the stick in this drag race.

The RS4 Avant is powered by 2.9-litre twin-turbo V6 that churns out 444 bhp and 442 lb-ft of torque. It sends these horses to the wheels via an eight-speed conventional torque converter automatic gearbox.

On the other hand, the Porsche 911 GTS is almost on the same ground with 450 bhp and 406 lb-ft of torque coming out of its 3.0-litre twin-turbo H6. It’s also equipped with an automatic transmission with seven speeds.

Here’s the clincher: the RS4 Avant has its Quattro all-wheel drive in its system, which spells more traction for the estate car as compared to the rear-wheel-drive 911 GTS. However, with the Audi’s Quattro, along with its bigger body, comes a curse – it’s 300 kilograms heavier than the 911 GTS. The RS4 Avant will definitely have the advantage when it comes to launching with all the wheels kicking off at the green light, but will it be able to keep its lead against the lighter 911 GTS?

Considering all the pros and cons of each car, which do you think won the standing quarter mile and rolling drag races, as well as the brake tests? Watch the video above to find out.