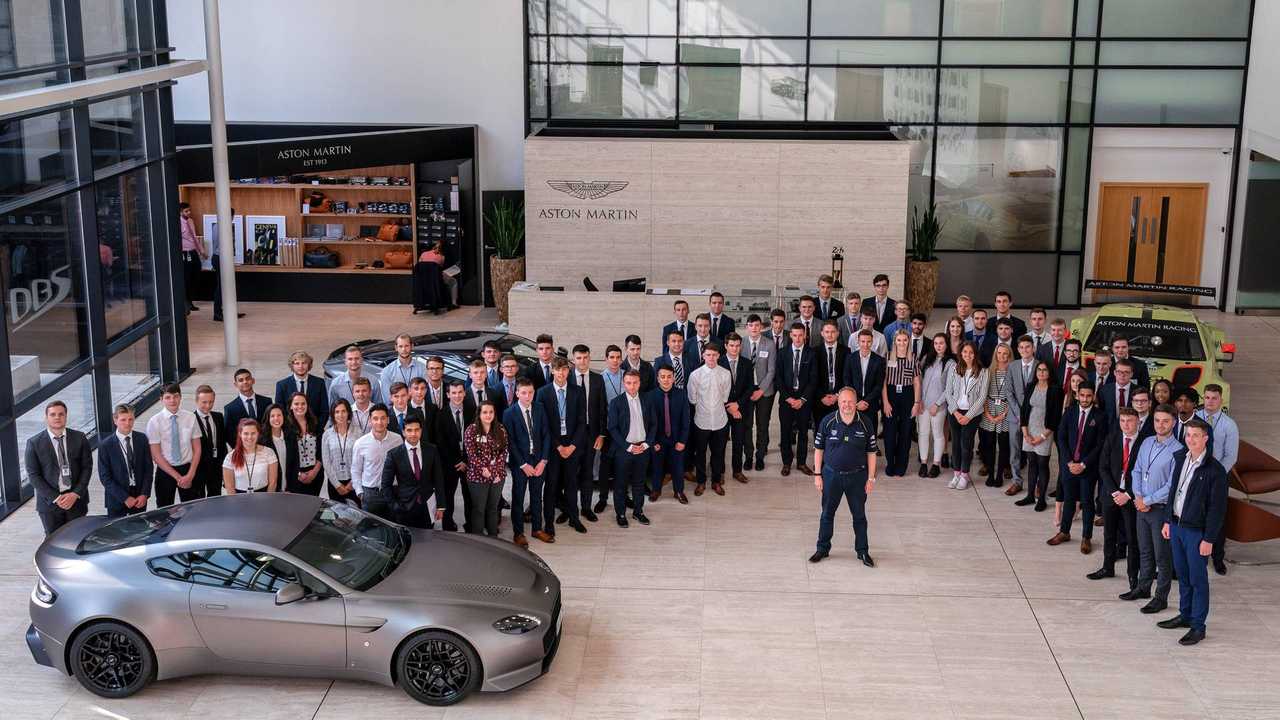 The executive is hoping to give youngsters a headstart in the industry.

The privately-funded programme will be supported by Palmer, who began his career as an apprentice, his wife Hitomi, and shareholders and members of the senior management team at Aston Martin Lagonda

Looking to the future, with Aston Martin

"Young people can struggle to get on the first rung of the career ladder, so we are creating the Palmer Foundation to help get them 'on the ladder' and into high quality apprenticeships," said Andy Palmer. "A person’s background should never preclude them from achieving their potential, and in this case becoming what could turn out to be some of the best engineers of their generation."

This is just the beginning for the Palmer Foundation. In time the engineering scholarship will be joined by other areas such as marketing, design and legal careers."

The foundation will work independent of Aston Martin and collaborate with a number of partners including the Rio Ferdinand Foundation to "provide a pathway for youth development by inspiring young people and providing the tools they need to tap into their natural talents and reach their potential."

"Apprenticeships provide a kick-start to a young person’s chosen career," said Palmer. "They offer relevant experience, specialist guidance and support as the apprentices study for recognised qualifications, whilst building useful industry contacts. Vitally they can also earn while they learn."

Palmer began his automotive career as a technical apprentice at UK Automotive Products. After completing his four-year apprenticeship, it took him it took him just two years to gain his first managerial role – he already had six years of experience under his belt, despite being only 22 years-old, due the the headstart given to him by his years as an apprentice. As his career progressed he continued to study and add to his CV, achieving a Diploma in Industrial Management, a Master’s Degree in Product Engineering, Chartered Engineer status, and a PhD in Engineering Management. He is a Fellow of The Institute of Mechanical Engineers and a Fellow of The Royal Academy of Engineering.

He took on his present role as President and Group Chief Executive of Aston Martin Lagonda in 2014 after previously serving as Executive Vice-President at Nissan – a company he had been with for over 20 years.

Details of the Palmer's new charitable foundation and its launch schedule are to be announced later this year.