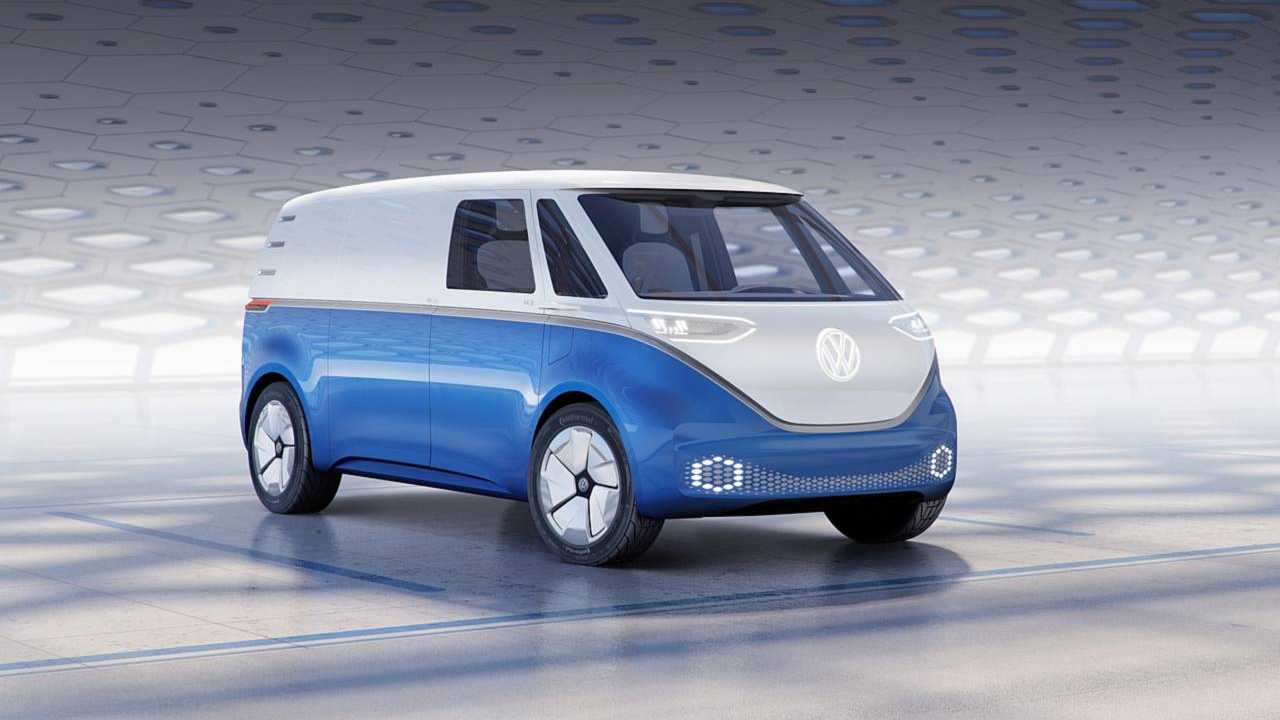 I.D. Buzz Cargo is the latest in a long line of electric concepts from VW.

Volkswagen has unveiled a modern take on its legendary transporter called the I.D. Buzz Cargo.

The all-electric van is the German manufacturer's first battery powered commercial vehicle, and forms the centrepiece to its display at the 2018 IAA Commercial Vehicles show in Hannover (20 to 27 September).

The I.D. Buzz Cargo follows the passenger I.D. Buzz, but is of course designed for commercial applications. It was the ability to carry as much as 800kg of cargo over a range of 342 miles when fitted with the top of the line 111 kWh battery.

That isn't the only battery on offer; like other vehicles from Volkswagen's I.D. electric family, different power units are available depending on the car's purpose and buyer's budget. Volkswagen recommends the 48 kWh however which is capable of DC fast charging of the vehicle to 80 percent of its capacity in just 15 minutes at 150 kW of power. The concept previews a future production version of the van, which will also be prepared for inductive charging, likewise with 11 kW of charging power. The concept vehicle has this technology already, which works by parking over a charging plate.

Other features fitted to the I.D. Buzz Cargo concept is a 230 volt, 16 amp electric socket, ideal for tools; cameras that replace the mirrors; a solar roof; wireless charging; and level four autonomous capability thanks to the I.D. Pilot feature.

The interior of the van has been tailored for commercial use. Instead of two single seats, the concept shown has a typical van-like three seat layout. Howeverm the middle seat can be folded down to open up a workplace where the driver can use an integrated laptop. The cockpit meanwhile is far from conventional either. Instead of typical instruments, key information is projected onto the road in 3D via a head-up display, positioning necessary information in the driver’s line-of-sight, allowing the driver to concentrate fully on the road.

Volkswagen hasn't yet announced when the I.D. Buzz Cargo, or a variant of it, will go on sale. The company is investing heavily in electric cars though, with 16 of its factories producing EVs by the end of 2022. It aims to sell 3 million electric cars per year across all of its brands (including the likes of Audi, Seat, and Skoda) by 2025 and it also wants to offer an electric version of each of the group’s 300 models by 2030.