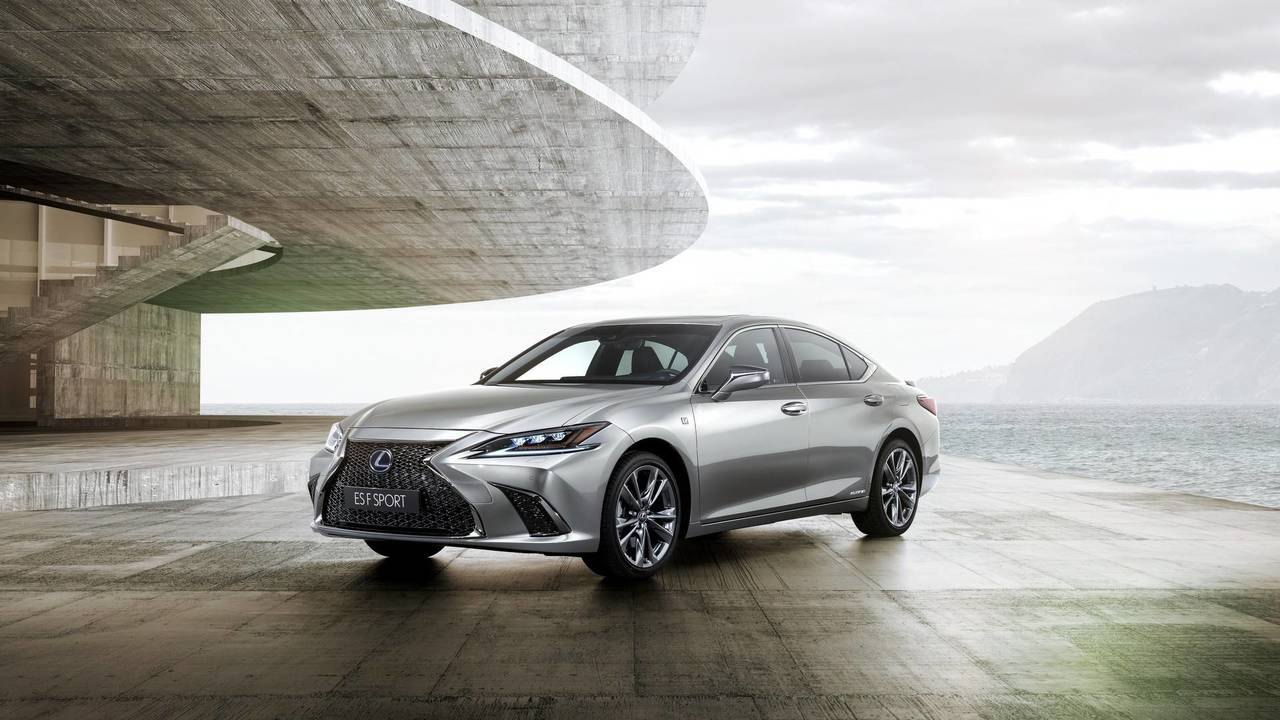 The new Lexus ES saloon will bear an asking price of just over £35,000 when the order books open on October 1.

Replacing the existing GS and built to rival the Audi A6, Mercedes-Benz E-Class and Jaguar XF, the ES is designed to be sportier and more driver focused than its predecessor.

More from Lexus on Motor1.com:

Lexus UX F could happen, but only as a hot hybrid

At launch, only one engine will be offered - a petrol-electric hybrid badged 300h. Combining an all-new 2.5-litre, four-cylinder petrol engine with an electric motor, it’s good for 215 bhp and claims economy of 60.1 mpg.

In other markets, such as the USA, other engines are available, but it’s unclear whether or not they’ll cross the Atlantic.

If the choice of engines is limited, though, the choice of trim levels is a little more plentiful. The basic ES comes in at £35,150, with the sportier F Sport model commanding a £38,150 price tag and the top-of-the-range Takumi variant costing £45,650.

As standard, the ES gets eco-friendly ‘Tahara’ synthetic leather, along with 17-inch alloy wheels, satellite navigation and parking sensors. Heated seats, a sunroof and a host of safety kit, including autonomous emergency braking and automatic high-beam lights, also feature.

Paying an extra £3,000, though, gets you the F Sport model, which benefits from adaptive sports suspension and a subtle bodykit. It gets larger 19-inch alloy wheels, too, and the interior is adorned with body-hugging sports seats.

Crowning the range - and commanding a £7,500 premium over the F Sport - is the Takumi. On the outside, it gets a hands-free powered bootlid, which can be operated with a kicking motion under the rear bumper, and “triple-eye” LED headlights.

The bigger changes, though, can be found in the cabin, where the the standard car’s eight-inch infotainment screen is replaced with a larger 12.3-inch unit, with which the driver can see the output of the 360-degree manoeuvring camera.

And that’s not the only difference. At the back, passengers get electrically reclining seats with built-in heaters, and there’s also a high-grade stereo system and three-zone climate control, allowing the passengers to set the air conditioning to differing temperatures for different areas of the cabin.

For those wanting more kit on their cars, though, Lexus is offering a range of equipment packs, including the £3,500 Premium Pack, which adds leather upholstery, front-seat ventilation and a powered rear-screen sunshade, as well as 18-inch wheels and more safety kit.

F Sport customers, meanwhile, can add the £700 Tech and Safety Pack to get a wireless device charger, heated steering wheel and the Takumi’s LED headlights.

Spending an £4,000, however, will add the Takumi Pack to your F Sport. Like the Tech and Safety Pack, it adds the wireless charger, heated wheel and LED headlights, but it also provides the high-end hi-fi from the Takumi, as well as a head-up display, 12.3-inch infotainment screen and the powered bootlid.

On top of that, customers can also spend £670 on the optional metallic and mica paint colours, or £920 on the “more sophisticated” Sonic White, Azure Blue and Sonic Titanium finishes.