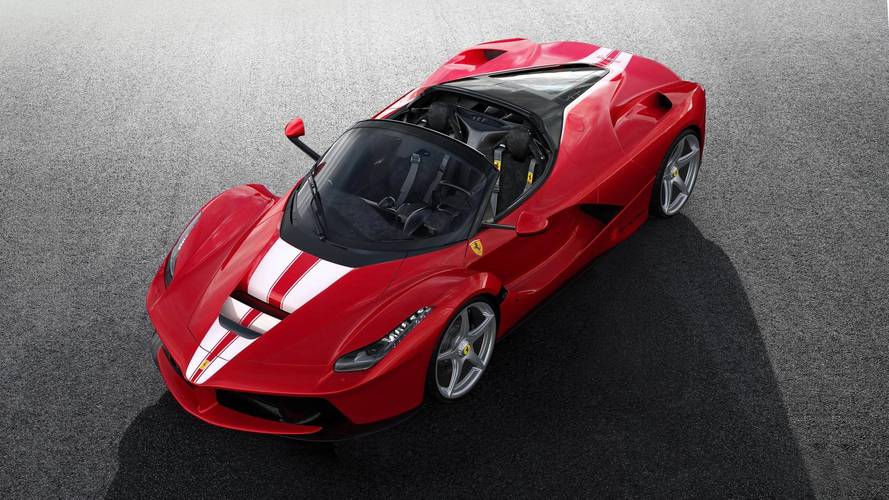 The house of Maranello presented its product plan for the post-Marchionne era.

The future for Ferrari certainly seems bright, according to the words of Ferrari leaders at Capital Markets Day – the first critically important event for Ferrari in the post-Marchionne era. The general message being conveyed is that more Ferraris are coming, and from now until 2022 we'll see more electrified as hybrid models, with hybrid production by 2020 reaching 60 percent. The future also holds assisted driving, something which some might say was predictable given current automotive technology trends, but Ferrari hopes to hold a uniqueness in that realm. Details aren't yet revealed, but the artificial intelligence system being developed in Maranello is said to focus more on exclusivity and focuses on customisation. As for what that means, we'll just have to wait and see.

Ferrari drives into the future

Ferrari Purosangue name revealed for SUV hybrid
The company's future will be "equal to its past," said Ferrari President John Elkann at Capital Markets Day. "Sergio Marchionne has played a fundamental role in making this future possible and for this we will always be grateful to him." Ferrari CEO Louis Camilleri made a curious remark that "not everyone who loves Ferrari loves driving sports cars," but insisted that passion would remain part of the equation with Ferraris of tomorrow inspired by those of the past, all while connected to the present.

More Ferraris than ever: 15 new products in the pipeline

Speaking to investors at the event, Camilleri quoted Enzo Ferrari by saying "the best Ferrari that has ever been built is the next one." To that end, he talked about the company's future with an aggressive roadmap that includes 15 new models, and yes, increasing electrification is part of the plan. The backbone of core categories will endure, namely the Sports, GT, and Special Series segments, as well as the "icon" cars which will serve as ambassadors for the Maranello brand to approach new exclusive customers. By following current market trends the GT family will be expanded to approximately 40 percent of total production, bringing back the concept of a grand GT car to its origins with Ferrari. In this context, the company's hypercars will always be the laboratory of new technologies and the investments are already there. Formula 1 will also endure as the place for Ferrari to hone its chops for the latest tech in street cars.

An ever-widening Ferrari list could make investors fear a loss of exclusivity, but the company's top management stressed that would not be the case. Despite growth in terms of supply and production, Ferrari's target market penetration index will remain very small. That could be attributed to vehicle pricing, which is said to be increasing significantly, along with greater levels of customisation for individual buyers. This is a very important aspect of Ferrari's growth because the margins are very high and there will be new design studios, such as the one that will be inaugurated in New York. The number of Ferrari showrooms will also increase, with existing outlets getting a renovation to fit with new styling cues. This process has already begun, and new elements will be introduced in the experience of choosing the car.

New architectures and "music" for the ears

The next Ferraris will be based on two architectures: one with a mid-engine layout and one with the mill in front, but both ready for hybrid electric power. Ferrari is keen to let people know, however, that sound will continue to be part of the Ferrari experience in an increasingly electric world. Ferrari Chief Technology Officer Michael Leiters teased the new Ferrari engines without going into detail (for reasons of company secrecy), but explained what will be the DNA of the technologies: performance, emotions, versatility, and comfort. A key element will be the sound, which Maranello calls music and will deliver a "punch in the stomach" according to Leiters. Control is another aspect that engineers are focusing on to ensure an accurate and fast response. Innovation remains the key factor, thanks to the know-how derived from Formula 1, with the awareness that, as Enzo Ferrari said, "the engine is the soul of every car. Perhaps the most important innovation will be the new architecture of the V6 family. The overall challenge, however, will be to develop power by improving efficiency and reducing emissions, and the road taken will therefore remain that of the hybrid. To that end, Formula 1 will also see a new family of turbo hybrids that are "fun to drive and perform" according to Leiters.
Then there's the future of autonomous systems in Ferraris, which we mentioned at the beginning. Very little is known how that will factor in, but its said to be a new interface with unprecedented connectivity that will increase the pleasure of driving a Ferrari supercar, despite it's suggested hands-off nature. Whether Ferrari can live up to such aspirations, only time will tell.