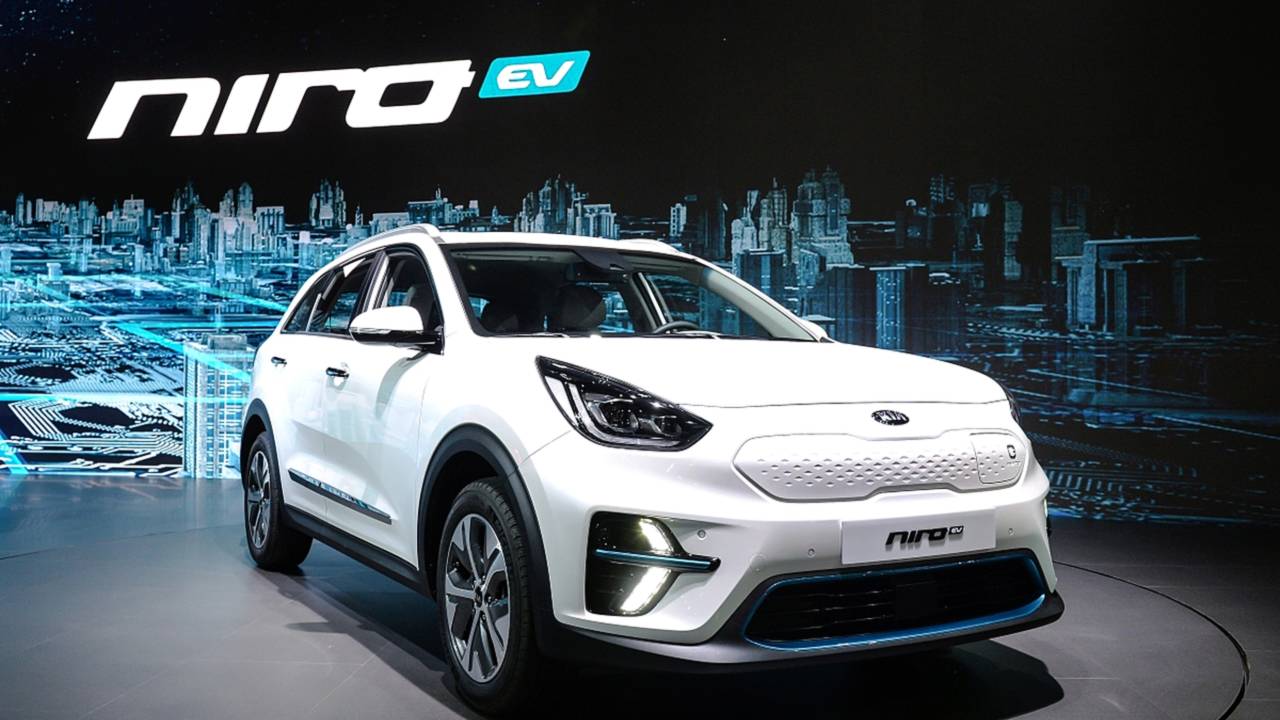 Variants with the smaller battery pack, however, will manage just 193 miles.

Kia has confirmed that its new e-Niro electric SUV will be capable of up to 301 miles on a single charge.

The SUV, which is based on the Niro Hybrid and Plug-in Hybrid crossovers will go on sale in Europe at the end of 2018 after debuting at the Paris Motor Show next month.

As standard, the car will come with a 39.2 kWh battery pack, which is good for 193 miles per charge, while the 301-mile figure relates to the “long-distance” 64 kWh version.

The impressive figure has been achieved using a range of battery-saving technologies, including regenerative braking and Predictive Energy Control (PEC). It might sound like a word salad, but it uses the on-board navigation system to predict the road ahead and react accordingly.

The car will also use navigation data to provide the driver with guidance as to when he or she can release the accelerator pedal and coast to save energy.

And Kia says that when the battery does run flat, it can be recharged quickly. The South Korean firm is claiming a 54-minute charge will bring even the 64 kWh battery to 80 percent capacity, although the company hasn’t said how long it will take to fill the remaining 20 percent.

But those opting for the 64 kWh Niro won’t just be getting a bit of extra range. Whereas the standard car is fitted with a 134 bhp motor that allows a 0-62 mph time of 9.8 seconds, the larger battery is mated to a more powerful motor. With 148 bhp on tap, the e-Niro’s 0-62 mph time is reduced considerably, with the front-wheel-drive SUV completing the benchmark sprint in 7.8 seconds.

Despite the pure-electric powertrain, the e-Niro will look remarkably similar to its hybrid siblings. Yes, the grille has been blanked off and there are blue accents on the bumper, but otherwise it’s fairly standard fayre.

It’s a similar story inside, where the dashboard and steering wheel are almost entirely unchanged.

Kia is yet to reveal full UK specifications and pricing, but the company has confirmed that the e-Niro will come with the same seven-year, 100,000-mile warranty as the other models in the brand’s range.

A statement from Kia read: “The e-Niro will be one of the most capable electric vehicles when sales commence, combining driving enjoyment, eye-catching design, crossover utility and a zero-emissions powertrain. The new e-Niro joins existing Hybrid and Plug-in Hybrid variants of the Niro – of which more than 200,000 have sold globally since its introduction in 2016. To date, Europe has accounted for more than 65,000 of those sales.”