Jaguar never made a pickup, but this guy did 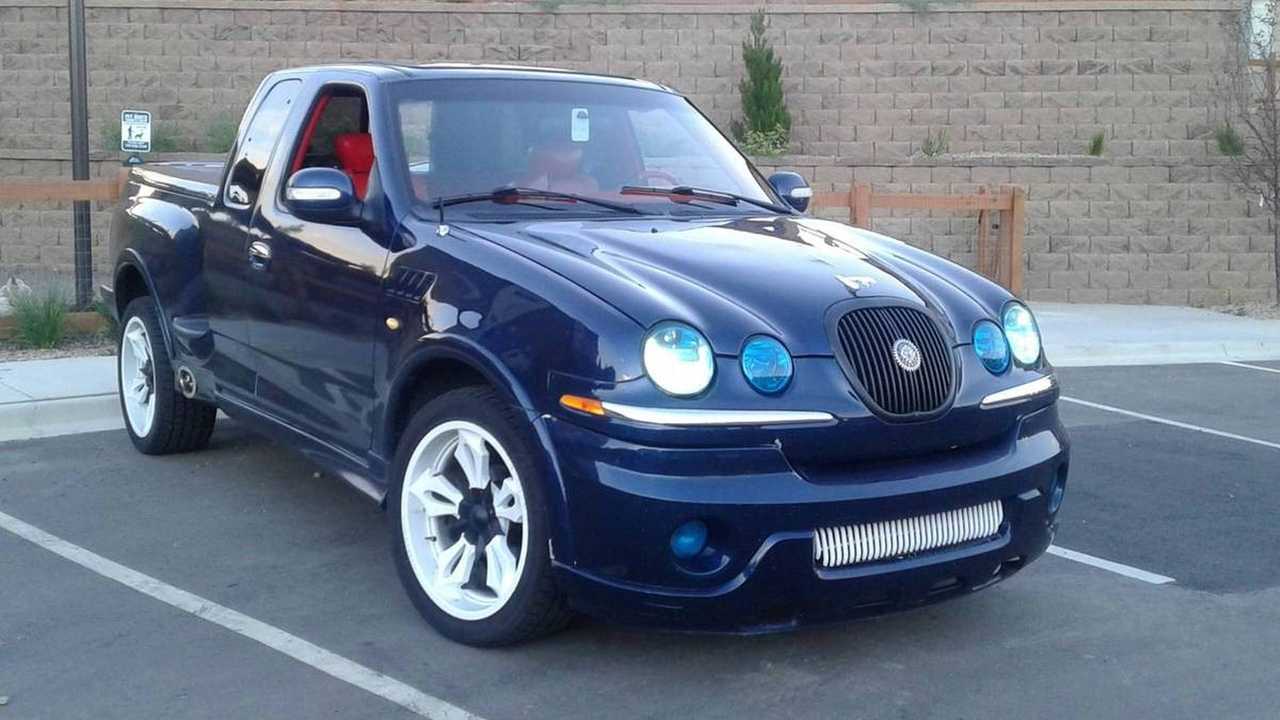 The Ford F-150 is America's best selling car, if you can even call it a car. Every 35 seconds one leaves a forecourt somewhere in the States, while each year it plays a huge part in generating over £31 billion in revenue, making the Ford F-Series pickup line a more valuable brand than Nike or even Coca Cola.

This crazy custom Holden FB was built from five cars

There's so many of the things in the world that it's hard to find one unique. They are out there though, and here's one. Someone thought it would be good idea to graft the face only a mother could love from the Jaguar S-Type onto an F-150. Why? We don't know. Mind you, since the new millennium Jaguar has added estates, SUVs, diesels, and electric vehicles to its lineup, so a Jag pickup? Why not?

The Ford S-Type-150 thing recently appeared on Craigslist in Denver. The listing reveals that the Frankenstein's monster of a car is both a 2000 F-150 and a 2000 S-Type – so from the era where Ford actually owned Jaguar.

The bodywork isn't the only thing from the Jaguar that's been grafted onto the truck. The interior has also had the big cat treatment. There is also a custom side exit exhaust, aftermarket wheels and lights, and custom badging in the centre of the grafted grille. The current owner recently got new tyres and brakes fitted as well.

The running gear is all Ford – power comes from a 5.4-litre Triton V8, used in the Lincoln Navigator, putting out 260 bhp and 350 lb-ft of torque in factory trim, although with the car(s) approaching 20 years old, those numbers will have likely dropped a bit.

Its not perfect though, the listing reveals that the bodywork needs some filler treatment and has the odd scrape, but it is said to run great, so there's that.

"This is one of the coolest custom trucks you will find," reads the listing. "Everywhere I go people look and take pics, thumbs up and questions at every stop light."