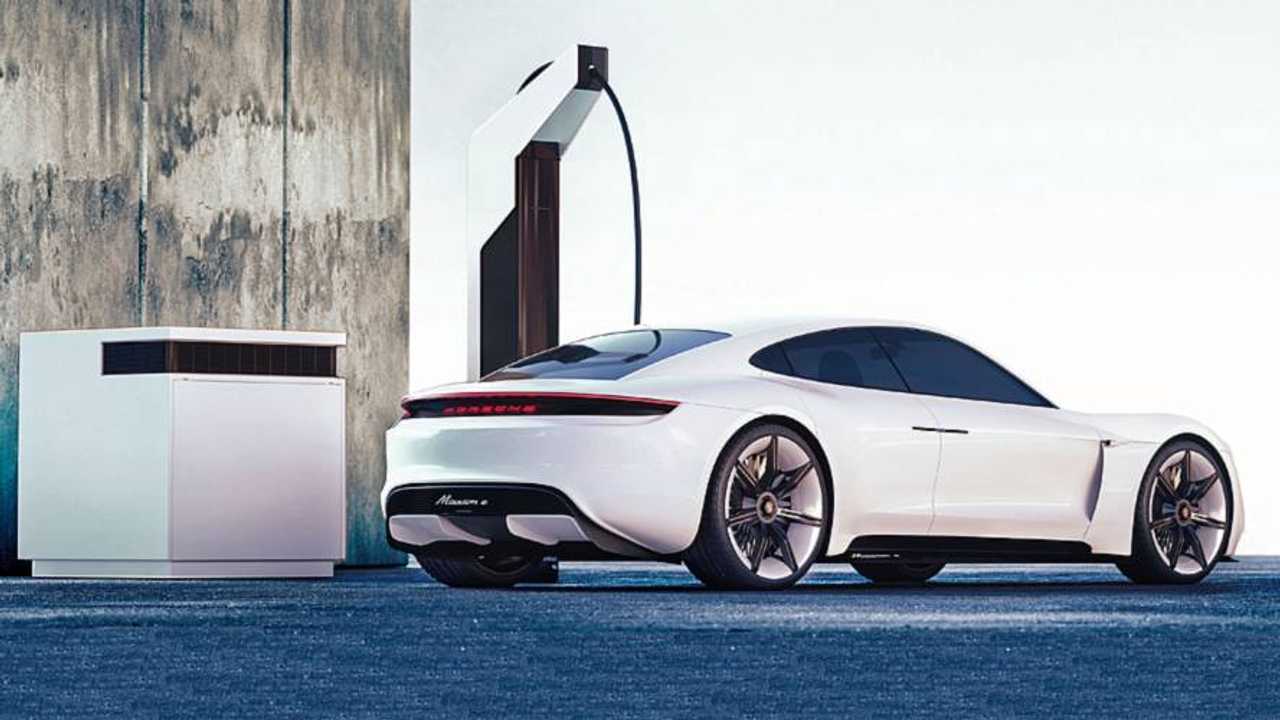 System allows cars to find an extra 250 miles of range from just 20 minutes of charging.

The system, which is designed for use in parking bays, houses most of the high-voltage electrical components in a kind of sub-station called a FlexBox, allowing the charging post - called a PowerBox - to have a more streamlined, user-friendly design.

Porsche says the system offers cost savings, because the charging posts do not have to house so much complex electronics, but also lower operating costs, making car park chargers a more appealing proposition to businesses.

The system centres around the FlexBoxes, which work as a kind of hub for the PowerBox charging posts. But although they pack in much of the important high-voltage electronics, the boxes can be positioned away from the PowerBoxes.

Because of their compact size - they measure around 1.2 metres in every dimension - Porsche says the boxes can be “positioned wherever there is space” and “hidden from the consumer”. The German company envisions the boxes being hidden behind fences or hedges, with the PowerBoxes being the only infrastructure visible to drivers.

The FlexBoxes distribute power to the PowerBoxes via a central ‘brain’, which coordinates the activities of the cooling system and charging posts to offer a claimed efficiency of more than 95 percent.

The PowerBox charging posts, meanwhile can charge two cars at a time, offering a range of 250 miles from a mere 20-minute charge.

Although the modular system is designed for medium-sized car parks Porsche has developed a more compact system to operate in more confined spaces. By combining the PowerBox and the cooling system, the ComboBox reduces the system’s footprint, allowing smaller car parks to provide the same service.

And for car parks without access to a high-voltage grid, Porsche has introduced the ChargeBox. Using an additional “buffer battery” storage unit, the system can store energy until it’s needed, permitting rapid vehicle charging from a less powerful grid.

Porsche admits that the ChargeBox solution is most effective at locations where charging is less frequent and an expansion of grid capacity would be prohibitively expensive.

The ChargeBox comes with a 70 kWh battery and a 160 kWh charging station, but for car parks with greater charging frequency these figures can be upgraded.

Whatever the technology behind the scenes, though, Porsche says the customer will see exactly the same interface. A 10-inch touchscreen is the driver’s control interface, while subtle lighting displays the PowerBox’s operating mode.

A statement from the Stuttgart-based firm read: “Porsche Engineering set out with the objective of ensuring safe, convenient and fast charging in every situation. Thanks to this unwavering focus on the consumer, and the intelligent design, the new charging infrastructure provides the optimal solution for practically every operator."