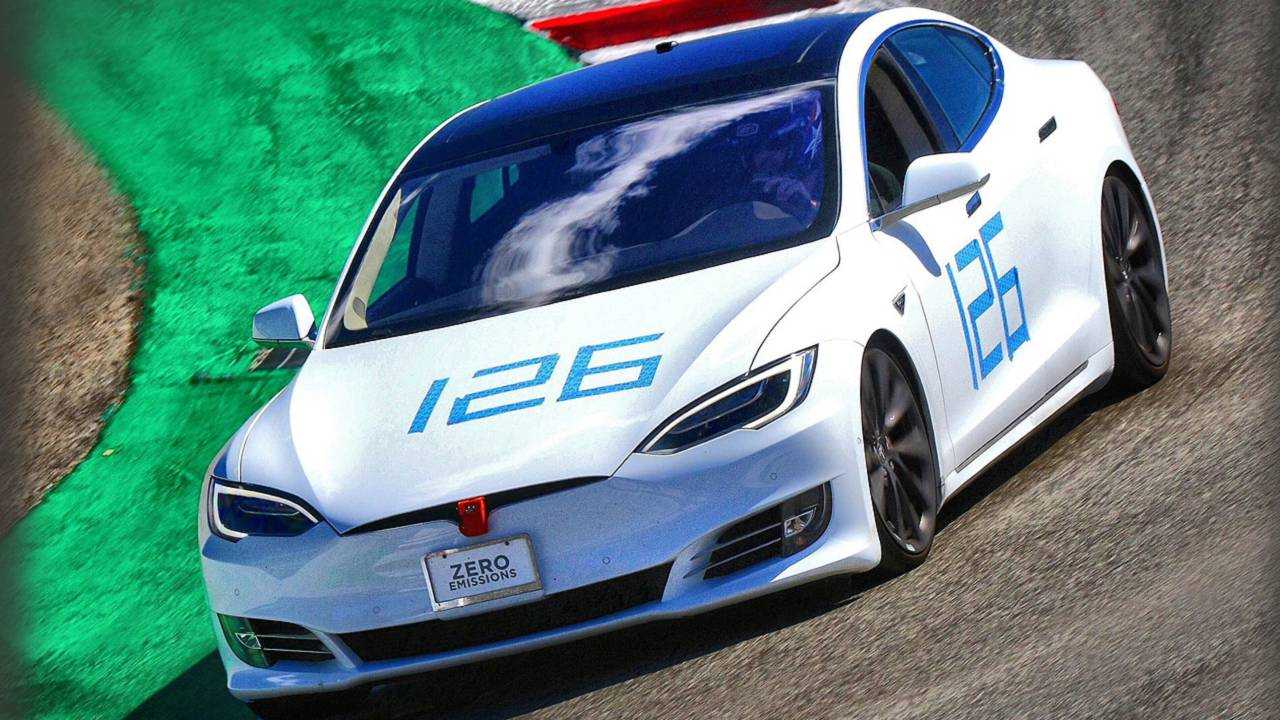 It turns out Jaguar never even had the record to begin with.

A Tesla Model S P100D lapped the track just outside of Monterey in 1m 43.06s over the weekend, beating Jaguar's time set with its new I-Pace by over five seconds. The news of the feat was broken by Emile Bouret, a professional driver who does testing and other driving work for the Californian company.

"Working with the development engineering team at Tesla during a track day at Laguna Seca," Bouret posted on Twitter. "By happenstance [sic], we managed to complete a lap in 1:43.06 with a completely stock Model S P100D, breaking the overall production EV lap record by 5.12 seconds.

Jaguar was very proud of its so-called record at what seems to be the electric car's answer to the Nurburgring right now. Funnily enough though, Jaguar's time, set in August, wasn't exactly a record at all.

Prior to that, in July, a Tesla Model S put down a 1m 47.621s during this year’s edition of the annual Refuel event. The driver on that occasion was David Lickfold, an engineering manager at Lucid Motors involved with chassis and vehicle dynamics. As well as the production electric car record at Laguna Seca, Lickfold set an even quicker time in a Lucid Motors prototype recently. That time, the car – a Lucid Air – broke the 1m 40s barrier.

So how did Tesla wrestle back the production EV record at Laguna Seca? Well, as Bouret said, the car was 'completely stock', so it begs the question as to what improvements Tesla have made to the Model S. We know Tesla is constantly working on its cars, introducing frequent tweaks and improvements, not that it always makes a song and dance about those subtle changes. Recent Model Ss have had some software improvements installed, in addition to hardware tweaks.

Our sister site InsideEVs has reached out to Tesla for comment on what improvements have been made tot he Model S to allow it to retake its record.