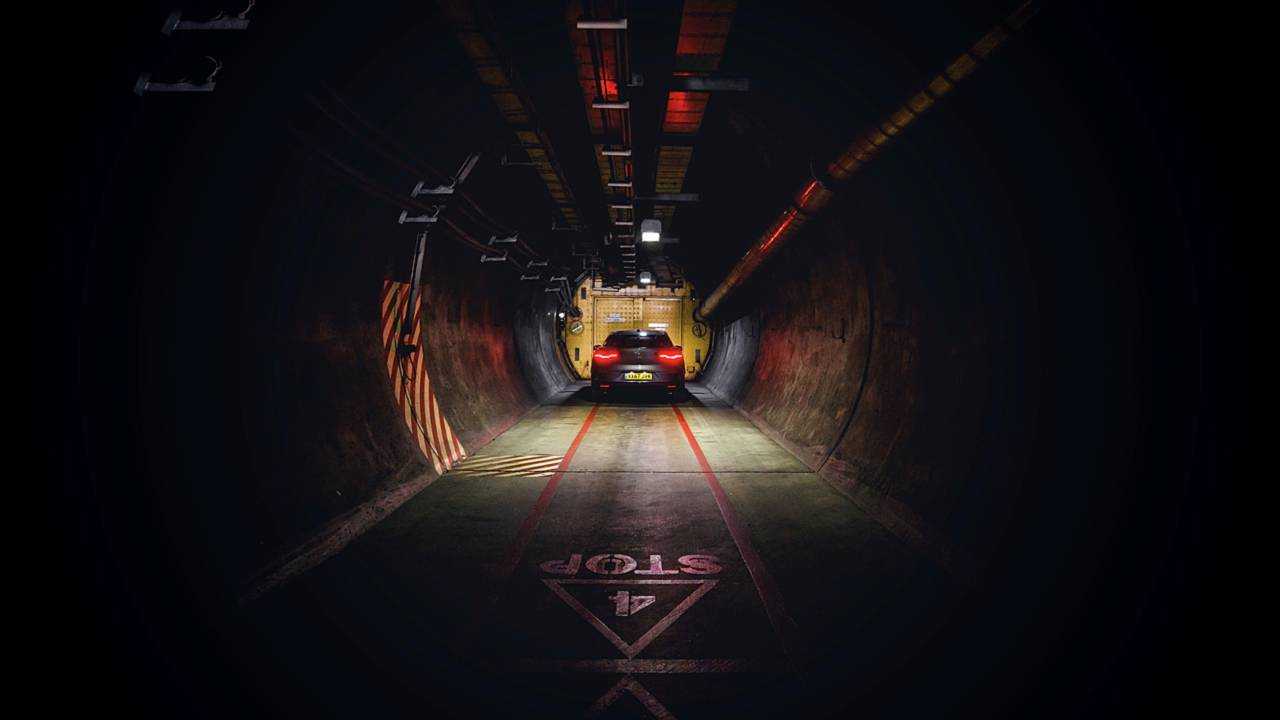 The car completed a 229 mile drive between London and Belgium.

Jaguar has taken it's all-electric I-Pace SUV on a journey through the Channel Tunnel. 'Car rides on train', great story, the end. Not so fast though, this is a cross-continental drive with a difference.

Why? Because that's exactly what it is – a drive. Jaguar actually drove its latest offering through the Channel Tunnel's 31 mile-long service road, which runs between the two rail tunnels, in a bid to prove its long-range capabilities.

The car's journey actually began in London, on the South Bank with its 90kWh battery fully charged. It then headed to the Channel Tunnel terminal at Folkestone where it headed below the sea. Upon emerging in Calais, France, the car continued its journey, eventually arriving at the historic Mons Des Arts in central Brussels with eight per cent battery charge still in reserve.

"We know customers won’t compromise on everyday usability so we engineered our electric performance SUV to deliver outstanding real-world range," Stephen Boulter Vehicle Integration Manager for Jaguar and driver of the car on its journey. "By driving the 229 miles from London to Brussels on a single charge – and arriving with plenty of range left – we’ve demonstrated how comfortably it deals with long-distance journeys."

The long journey took in motorways, rush-hour traffic, and summer heat, proving that the I-Pace can maintain a good range in a number of different conditions.

In order for the driver to get the best possible range out of the I-Pace, it has the ability to automatically cool down or heat up the batteries while it is being charged to ensure that the car is in peak condition when it is time to set off. Jaguar's new Touch Pro Duo infotainment system also has a smart navigation system feature that examines the upcoming route to give the most accurate assessment of remaining range, and plots the most energy-efficient route available.

What's more, it can also alert the driver if the desired destination can't be reached and instead it will help find charging points instead. Once a charging point is found, the I-Pace can add up to 62 miles of extra range in just 15 minutes of charging with a 100kW DC rapid charger.

All of that helps rid the dreaded so-called 'range anxiety' which puts off so many people from buying electric cars. It's also good news for Prince Charles, who has just bought his own I-Pace.