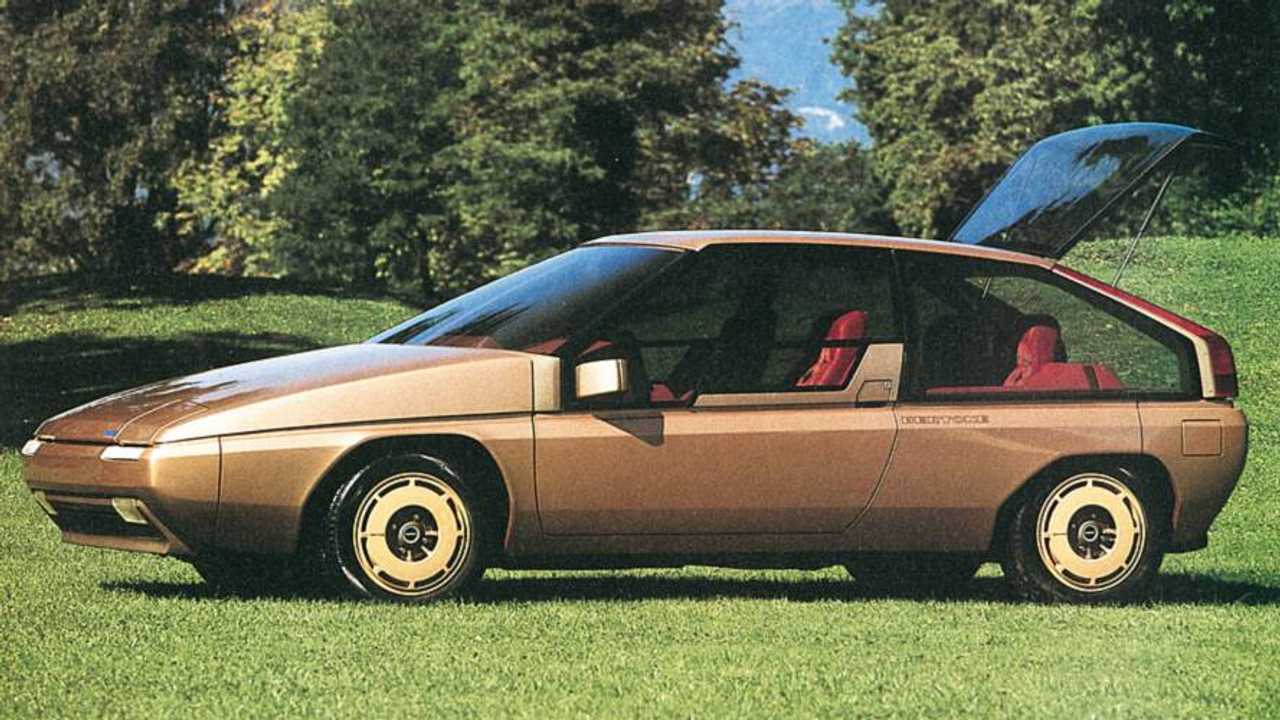 The strangest steering wheel of all time

The background:
In 1981 Mazda asked Bertone if the Italians could design for them an appealing study for the upcoming motor shows. The only requirement was that the base body structure had to be taken from the current Mazda 323 as well as retaining the wheelbase of 2.36 metres.

So the chief designer at that time Marc Dechamps set to work. The result was the MX-81 Aria: a two-door coupé with four seats in the wedge shape quite typical of Bertone at the time. Connoisseurs will notice that the MX-81 resembles the Volvo Tundra Concept (1979), also designed by Bertone, from which the Citroën BX later emerged. On the MX-81 the rear lights were integrated into the C-pillars, something that came into fashion much later.

Remarkable was the drag coefficient (cD) value of the Mazda MX-81: 0.29 cD was a real achievement almost 40 years ago. However, the steering wheel became the real showstopper. It was comprised of a flexible plastic belt that ran around a fixed rectangular housing. This housing encompassed the push-button controls and switches along with a CRT television screen for displaying gauge information.

The Mazda MX-81 did not go into series production, nor was it ever considered. Only elements of the front design and the folding headlights were found eight years later in the 323 F.