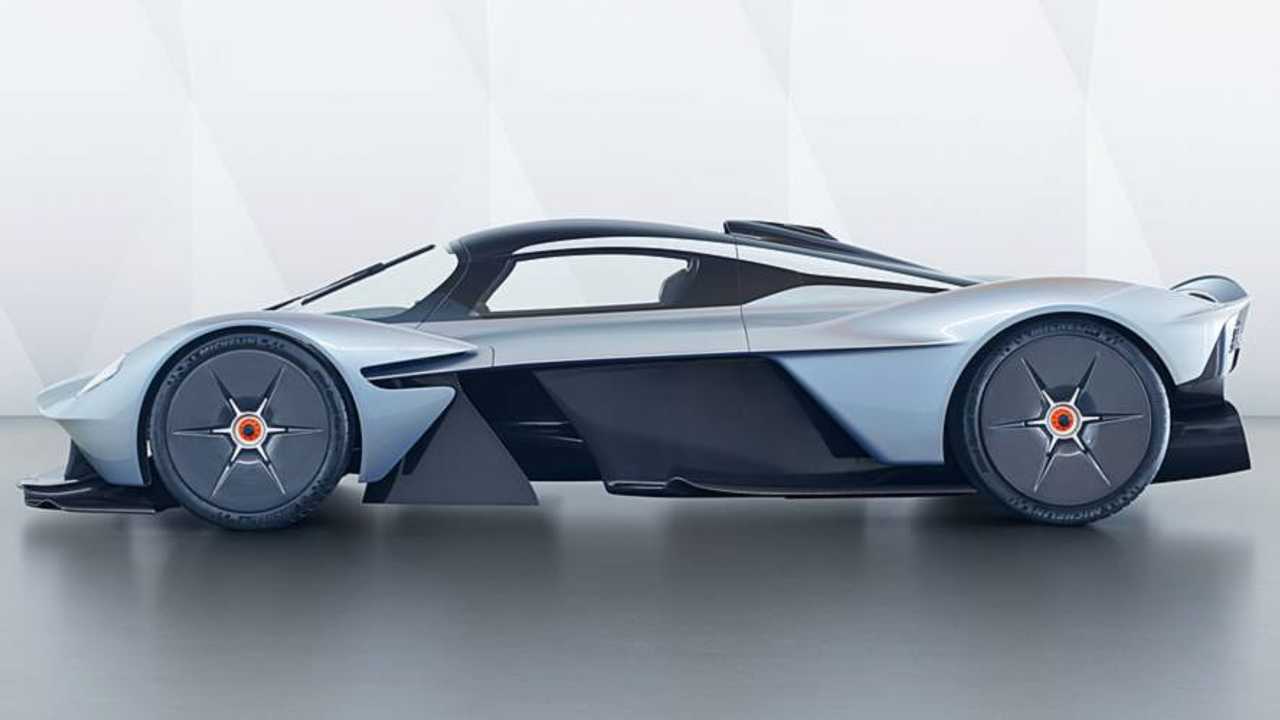 We caught wind of one of the new Aston/Red Bull hypercars hitting the market.

Investing in fast cars is a sure-fire way to make money right now. No matter how much we may disagree with that, it's unfortunately the truth.

It leads to some rare vehicles being moved on to new owners for a hefty premium, with barely a few inches on the odometer. Some manufacturers try to halt such practices, but it doesn't always work out.

Lexus previously had a similar arrangement with the LFA supercar, with potential customers being personally vetted. Those approved were made to sign a contract insisting that the manufacturer got first refusal on the car if owners want to sell. In the US you couldn't even buy the car for two years, with Lexus insisting on a lease programme to foil speculators and flippers. Fast forward to the present day and Ford is doing the same with its GT, and its been well publicised.

Sometimes high demand for limited-run models leads to some cars being offered for sale before they've even been built.

Aston Martin's upcoming Valkyrie is one of those cars. The British luxury GT maker's first hypercar effort – a collaboration with the Red Bull Formula 1 team – is set to start deliveries next year, but all 150 cars in the production run are already sold out at a eye-watering price of £2.5 million each. Or so we thought.

According to Classic Motors For Sale, an Aston Martin Valkyrie build slot is being offered for sale. The sale, which is being described as "strict", is said to be on a lawyer to lawyer basis; but other than that, very little information is available.

This isn't the first time a piece of paper with the word 'Valkyrie' has been allegedly offered for sale. Late last year one appeared on a German website available for around £2.6 million, presenting just a £100,000 premium on the car's list price.

Prior to that that though Aston Martin CEO Andy Palmer vowed to cancel any reservations found to be being 'flipped' for profit. Replying to a tweet asking about the sale of Valkyries that had yet to be built, the former Nissan executive said: "I doubt they have a slot, but if they do and we identify who flipped, they lose the car. If they flip, then they never get another special."

It's impossible to say how credible the tip of this latest Valkyrie sale really is, but it's an alarmingly common trend to see limited-run cars being traded like this, so it wouldn't surprise us if it's true.

If Aston Martin were really against people flipping its halo car, they could've added a contract clause in with the sale – and maybe they did. Nobody in our office could afford one at the time of writing so we had nobody to ask.