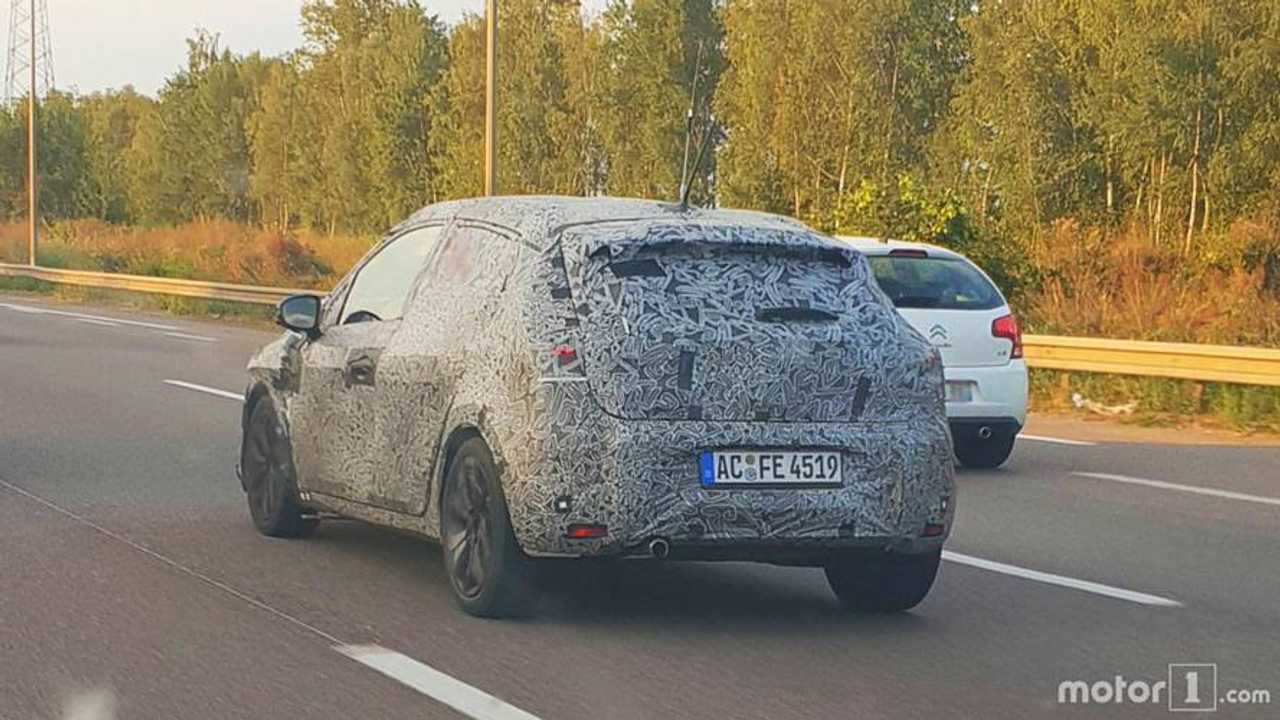 Our colleagues at Motor1.com France received images of the supermini from a reader.

You might think that with the Paris Motor Show right around the corner, Renault is about to take the wraps off the fifth-generation Clio. However, we’ve just been informed the chic new supermini will not be in France’s capital next month, which means we will have to wait a bit more to see the VW Polo and Ford Fiesta competitor. Meanwhile, Motor1.com France got a hold of new spy shots sent by a reader who spotted the Clio V hatchback on the A31 highway in France en route to Luxembourg.

We spy with our little eye... the new Clio

There’s a lot riding on the new Clio considering the current model was the best-selling car in France last year, despite its age. The company with the diamond logo shipped a total of 117,541 examples in its domestic market in 2017, following an equally successful 2016 when the Clio also climbed on top of the sales rankings. This year is also shaping up to be a good one, with the Clio being the second most popular car in Europe (after the #1 VW Golf, of course) in the first half of the year, with 185,234 cars sold according to figures published by JATO.

Even though it’s heavily camouflaged, the prototype fails to mask the “hidden” rear door handles mounted up high next to the glass like on the outgoing model. From what we’re able to see so far, the 2019 Clio appears to adopt a more grown-up exterior appearance in the same vein as the Megane compact hatchback, with some saying it will also take after the radical 2017 Symbioz concept.

Bigger changes will occur inside the cabin where Renault allegedly wants to make the Clio one of the most technologically advanced models in its class. The supermini will likely adopt a tablet-style touchscreen for the infotainment system as seen in other larger models from where it’s expected to inherit some of the other goodies.

The fifth-gen Clio will ride on an updated version of the current CMF-B platform shared with the latest Nissan Micra. Power will come from a revised turbocharged 0.9-litre three-cylinder unit and the new 1.3-litre TCe co-developed with Mercedes, along with the familiar 1.5-litre dCi turbodiesel unit. Rumour has it a plug-in hybrid will be added in 2020 when the range-topping Clio RS is scheduled to come out.

Should you want to patiently wait for the hot hatch, latest intel suggests Renault will cram in the Megane RS’ 1.8-litre engine, but detuned to roughly 225 horsepower in the base version and possibly a bit more in a very likely future Clio RS Trophy.

Our thanks go to Guillaume Aubry for sending us the images!