Watch this van get insane air after crashing into roundabout

What was the driver thinking?

We see all kinds of wild car videos every single day, but few completely drop our jaws like this one. We so wish there was more background information because honestly, it almost seems fake to us. In fact, many people in the comments of this dashcam video on YouTube feel the same way, and when you look at the seconds ticking faster on the screen it’s apparent the clip is artificially sped up. Plus, the van seems to magically pass through the blue sign when it launches, and as far as we can tell all other vehicles on the road continue driving as if this Dukes of Hazzard reenactment never even happened. It’s all extremely strange. 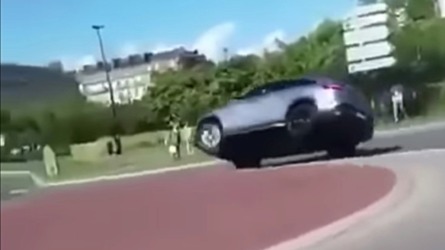 But it did happen. A report from BBC news confirms the van took to the skies in Norfolk, on the A11 motorway near Attleborough in the U.K. on September 1. The report also states that three people suffered injuries that were non-life threatening, which is extraordinarily fortunate considering this van goes at least three metres in the air. Furthermore, a few video comments do mention seeing some people stopped and assisting after the crash, so now that we know it’s legit we have to ask – what in the blue hell was this driver thinking? Traffic looks pretty heavy in the video, and it’s not as if roundabouts appear out of thin air. There's very prominent signage along the road, not to mention markings on the highway itself. 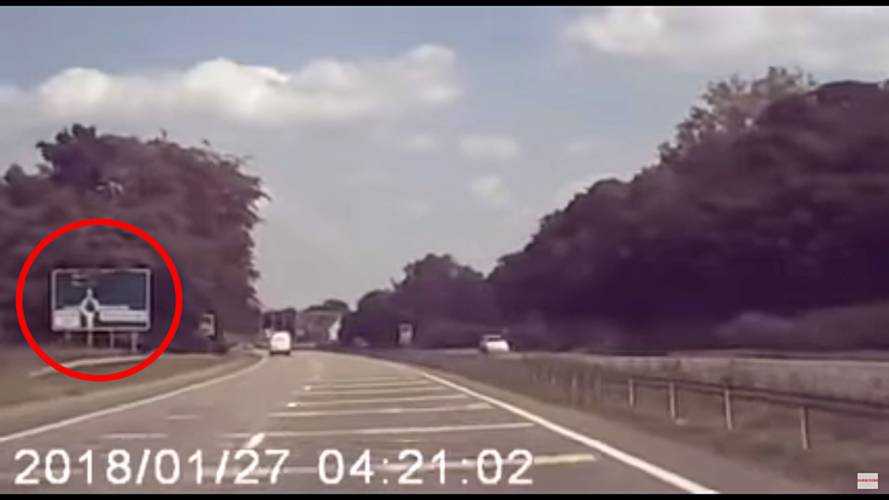 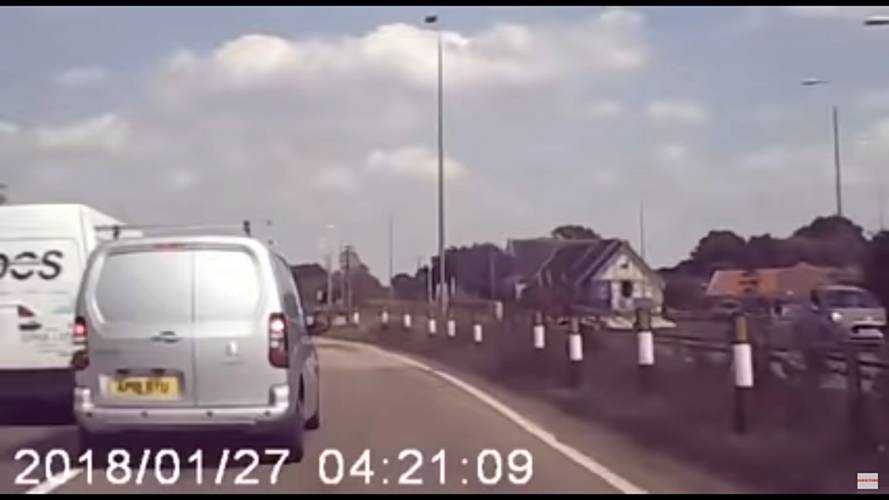 The van was obviously going way too fast (duh), but the way it darts into frame moments before the roundabout makes us wonder if there wasn’t a bit of road rage happening here. The car with the dashcam seemed to be going a little quick as well, and the high-speed lane change from the van has all the indications of a screw-you-I’m-getting-in-front maneuver. Brake lights are visible on the van as soon as it enters the frame, so either the driver was attempting a brake check or woefully misjudged the distance to the roundabout. Barring drugs or alcohol, the only thing we can assume is this person was so focused on passing, all logic went out the window.

Frankly, we’re surprised (and happy) nobody was killed in this crash. Real life isn’t like Grand Theft Auto people – don’t let your emotions get the better of you behind the wheel.