This military vehicle is disguised as an off-road motorhome 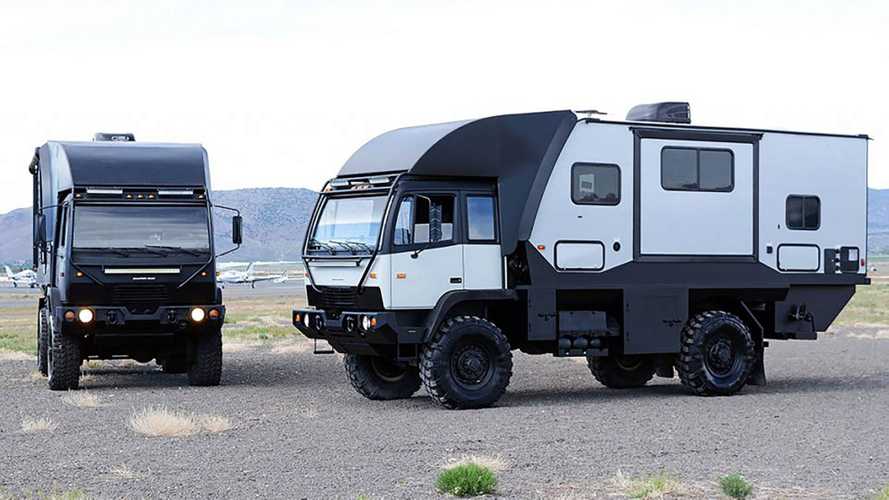 It’s ready for your next off-road adventure.

Look at the motorhome market, and you’ll find a few trends. Recreational vehicles are getting smaller, more versatile, and more affordable, or they’re growing into extreme overland vehicles ready for some imminent end-of-the-world scenario we common folk have no idea is coming. The Hunter RMV Predator 6.6 falls into the latter category of those trends as if its name didn’t give away its rough-and-tough intentions.

RVs ready for the world to end

The Predator 6.6 looks like a camper slapped on the bed of an off-road military vehicle because it is. The motorhome is converted from “Light Medium Tactical Vehicles (LMTVs) utilised by the military to transport soldiers and cargo across rugged terrains across the globe.” It’s a military vehicle converted into a house on wheels, which looks sweet.

Inside, it has all the luxury you’d expect from a modern motorhome – beds, dining area, kitchen, shower, and toilet. It makes the already large vehicle even more massive. It measures 8.4 metres long, just over 4 metres high, and it has 56 cm of ground clearance. While the rear may look like a tiny home, the cab looks like it’s straight out of boot camp. It seats three, with the middle passenger sitting high on what looks like a transmission hump. Everything else about the cab looks utilitarian – black dash, easy-to-use controls, and not much else.

Powering the Predator is a 6.6-litre Caterpillar six-cylinder turbo diesel engine. Power – unspecified – goes to all four wheels through a seven-speed automatic transmission. The base model has a top speed of 58 mph and a range of 400-plus miles; however, you can upgrade that to 70-plus mph and 800-plus miles. Other upgrades include a winch, extra water tank, and solar power options.