Corrie actor celebrates passing his test by buying a... Suzuki 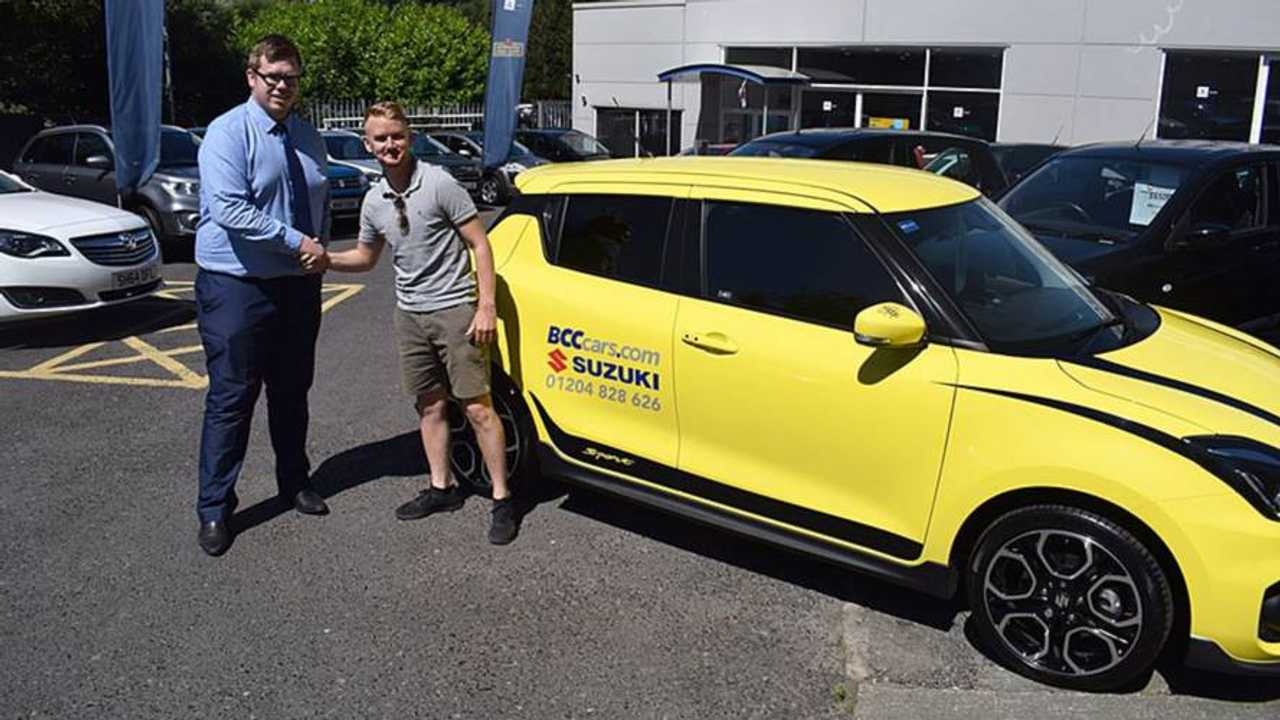 Coronation Street's Mikey North (Gary Windass, to you) bought a Swift Sport when he passed his test.

Coronation Street actor Mikey North has celebrated passing his driving test with a new car, but it’s not what you might expect from a famous thespian.

The 31-year-old, who plays labourer Gary Windass in the long-running soap opera, passed his test during the second series of E4’s reality TV show All Star Driving School, which saw him conquer his phobia of getting behind the wheel.

More from the Suzuki stable:

North was one of nine celebrities to take part in the show, and with a little help from expert tutors, family and friends, he eventually passed his test.

Having been taught to drive in a Suzuki Swift on the show, North decided to stick with the Suzuki brand when he bought his first car.

Unlike many stars of the screen – both big and small – who drive a Range Rover or a Mercedes, North instead opted for a Suzuki Swift Sport.

As standard, it comes with semi-bucket seats and red trim on the dashboard, as well as air conditioning, satellite navigation and 17-inch alloy wheels.

The car was handed over at BCC Suzuki Bolton, where sales manager Stephen Wilson offered North the keys.

“We would like to congratulate Mikey on passing his test,” said Wilson. “The Swift Sport is an ideal car for him to have some responsible fun in out on the road, while offering plenty of space to accommodate family and friends. We wish Mikey many miles of happy motoring and we are very pleased that he is now part of the Suzuki family”.

North, who collected the car in person, said he would use the car to explore his “new-found freedom” and offer lifts to the friends who helped him get from A to B before passing his test.

“I really enjoyed driving the Swift during the TV show, and got used to it very quickly,” he said. “Therefore, when it came to deciding which model to buy as my first car, the Swift Sport, which I have had my eye on for a while, was always the logical choice. I am very much looking forward to my new-found freedom and returning the favour of giving a lift to all those who have helped me out during the last few years. I am sure that there will be no shortage of people wanting a ride!”