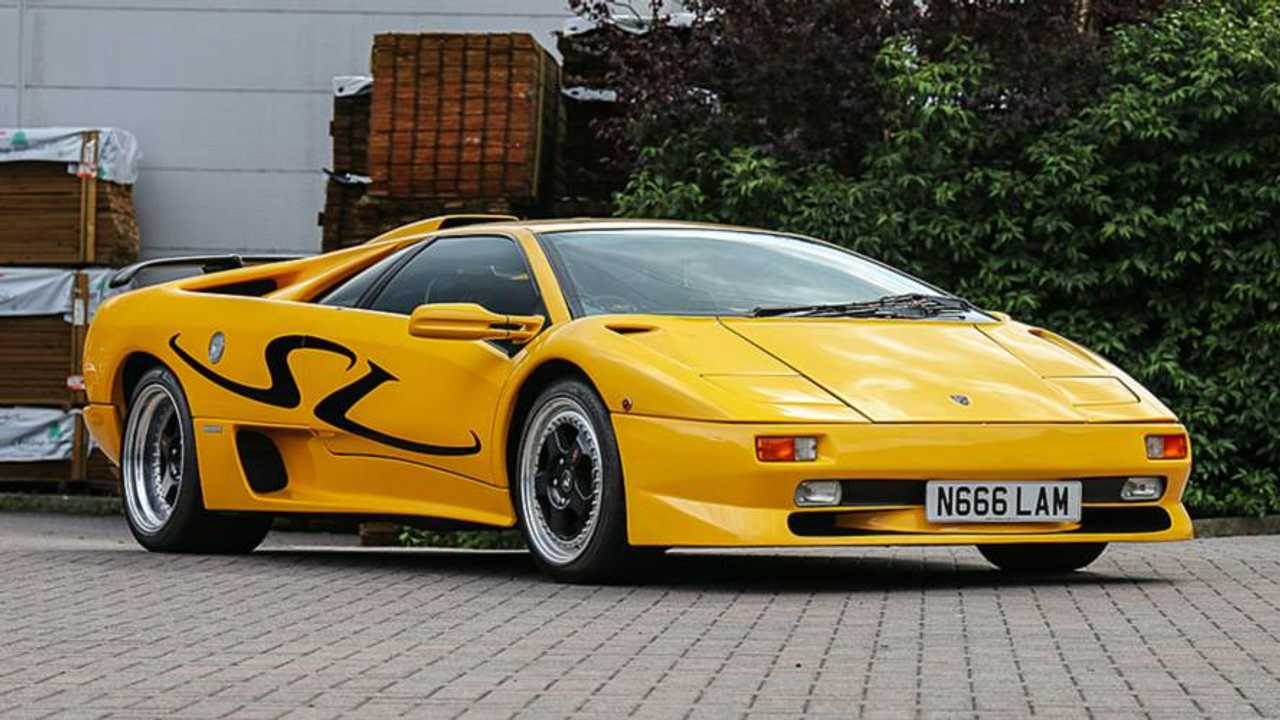 Diablo SV, Espada and Murcielago Versace Edition will go under the hammer on September 29.

A trio of classic Lamborghinis is set to go under the hammer later this month, with a combined estimated sale price of up to £430,000.

More from the home of the raging bull...

Lamborghini Urus duels Huracan in a series of drag races

The Murcielago, which is one of only 20 examples worldwide and counts itself among the eight right-hand drive variants, was first supplied to New Zealand, before being imported to the UK in 2017. Finished in Aldebaran Gloss Black with a Nero over Bianco leather interior, the rare Lamborghini features the Versace Greco motif, which was designed for the car by Versace’s stylists.

The Diablo, meanwhile, is the former Alpine Radio press and show car. One of just 33 right-hand-drive cars to come to the UK, it was first registered on June 14, 1996. The 5.7-litre V12, which produced 517 bhp when it came off the production line, has lain almost untouched since 2007, when the car was put into long-term storage. More recently, though, the car underwent a £12,300 service, and it has covered just 930 miles since then.

The Espada Series 3 is also expected to fetch a six-figure price tag, with the most ambitious estimate sitting at £110,000. That’s despite the car being the oldest of the three, and having covered the most miles. With a mere 26,000 on the odometer, though, it’s hardly careworn, having been in the same ownership for the entirety of its life.

Finished in Black Cherry with a dark red interior, the car has been maintained by highly-qualified aero mechanics and retrofitted with an electronic ignition system, high torque starter motor and braided fuel lines. Recent maintenance includes a full transmission overhaul, cylinder head rebuild and full service by Classic Workshop Ltd in Bicester – which set the owner back £4,668.

“Lamborghini has always held a special place in car enthusiasts’ hearts and the adrenaline and excitement delivered by a Lamborghini is unmatched by any other manufacturer,” said Arwel Richards, classic car specialist at Silverstone Auctions. “Born from a tractor manufacturer and an argument with Enzo Ferrari, the raging bull has grown to become the prancing horse’s fiercest rival. The quality of cars on offer from Lamborghini is incredible and they are always an exciting addition to our auction catalogues”.

All three cars will go up for sale on September 29 at the Dallas Burston Polo Club, in Warwickshire, where they will be joined by a group of classic fast Fords, including two Sierra Cosworths and an Escort RS 1600.