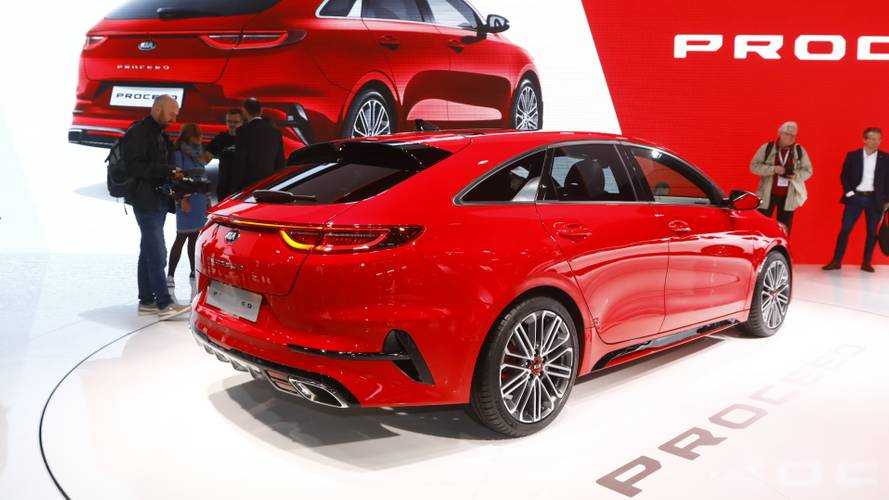 Nearly as practical as the regular Ceed Sportswagon while being as sporty as the Ceed GT.

The gorgeous ProCeed concept unveiled about a year ago at the Frankfurt Motor Show was a sign of great things to come from Kia. Those “things” have finally arrived in production form by taking the shape of a shooting brake and its sporty GT counterpart. Meet the completely new ProCeed, a more stylish family hauler than the Ceed Sportswagon without having to drastically sacrifice practicality.

Have you seen the hot hatch?

For the third-generation ProCeed, Kia is ditching the unpopular three-door coupe in favour of a more versatile body style that really doesn’t have a direct competitor. There’s the Mercedes CLA Shooting Brake, but you’ll have to fork out significantly more money for that to access the premium segment. Interestingly, the new ProCeed will be sold only in GT Line and GT models to distance itself from the lesser Sportswagon available in all trims except for the range-topping GT.

Not that it comes as a big surprise, but the attractive long-roof version inherits the same 1.0- and 1.4-litre petrol and 1.6-litre diesel engines from the regular Ceed, plus the punchy 1.6-litre petrol unit of the Ceed GT unveiled today. The sporty version will provide 201 bhp and 195 pound-feet of torque channelled to the front wheels through either a standard six-speed manual or an optional seven-speed, dual-clutch automatic transmission.

You’ll be happy to hear the ProCeed is nearly as practical as the regular Sportswagon when it comes to cargo capacity. It offers a generous 594 liters with the rear seats in place, which is almost a match for the 600 liters you get in standard wagon. Kia has done a great job of tinkering with the roofline and the rear end to make the ProCeed look more appealing without hampering practicality.

The full-width LED light strip at the back is a nice touch and enables the fancier version to stand out from the more mundane Sportswagon. Another important change is the redesigned roof-mounted spoiler with a trapezoidal third brake light, while the “ProCeed” lettering in the centre of the tailgate further emphasizes it’s not the run-of-the-mill estate. It’s slightly longer (+5 mm) and significantly lower (-43 mm) than the wagon to enable a sleeker look, but bear in mind the ground clearance has been reduced a bit.

Kia will have the new ProCeed and ProCeed GT on display at the Paris Motor Show next month when these will be joined by the Ceed GT. The shooting brakes will enter production in November and are slated to go on sale exclusively in Europe from the first quarter of 2019.