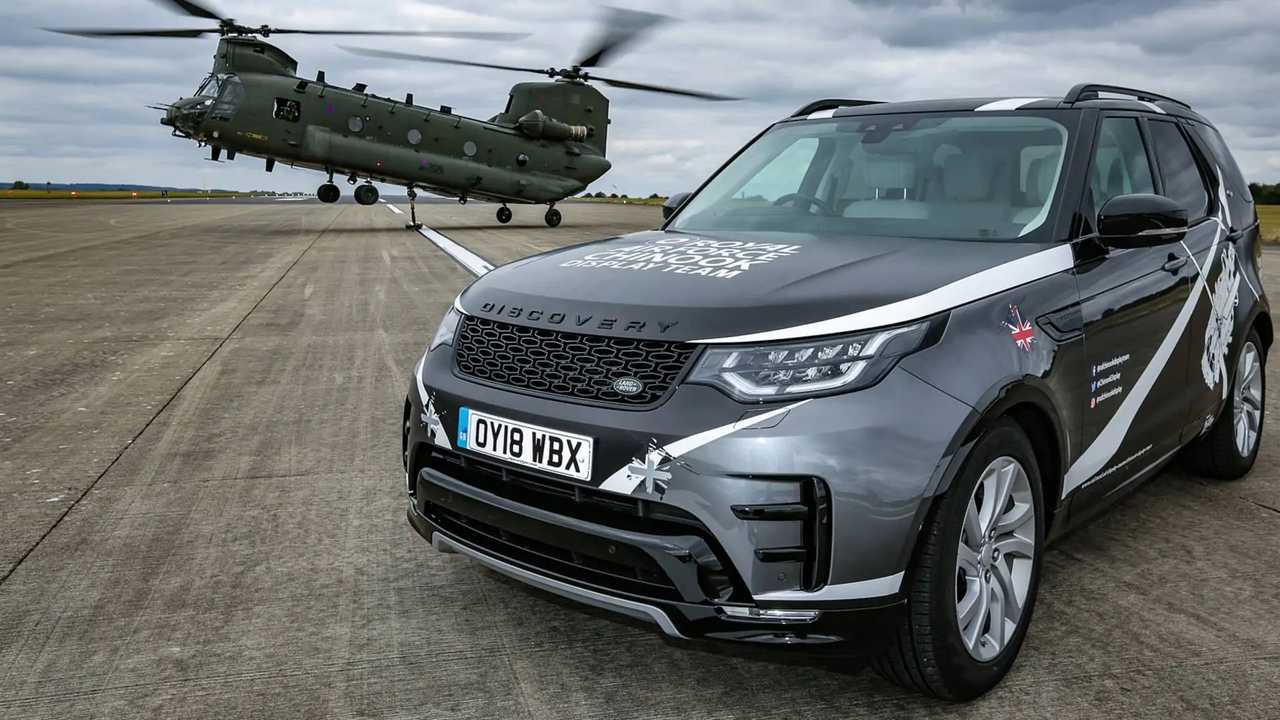 Land Rover has given a specially wrapped Discovery 4x4 to the RAF’s Chinook helicopter display team.

The vehicle, which wears the team’s black-and-grey colours and has a white image of the distinctive Chinook helicopter on the side, will help the team with its ground operations throughout 2018 and 2019.

Classic Land Rovers still proving their worth in the Himalayas

Although the display season is coming to an end, the Discovery will be used over the winter to help with “off-season activities”, before being used to support the full display schedule in 2019. With seven seats on board, the car will be used to ferry crew members between locations.

The team, which is based at RAF Odiham, in Hampshire, exists to demonstrate the iconic twin-rotor Chinook’s capability. Performing stunts with the massive helicopter is a job for highly skilled crews, but unlike the Red Arrows, who train full time, the team must combine their training with operational duties.

Their aircraft, properly known as the Boeing CH-47, was designed for transport operations and can carry up to 55 troops or 10 tonnes of cargo, which is loaded through its massive rear door.

A spokesperson for The Chinook Display Team said: “The Chinook Display Team is overjoyed to be working alongside Land Rover, in what has already been a very positive and enjoyable venture. The addition of this vehicle to the team has only happened as a result of the kind support we have received and will enable a huge amount of flexibility on the display circuit.

“With a significant ground footprint of engineers and aircrew, not to mention a growing inventory of equipment and products which is taken to public shows, the ability to move flexibility whilst flying the flag for the United Kingdom is one the team values greatly. The wrapping of the vehicle has also been kindly donated by Land Rover and is just another example of the extraordinary support the team has been afforded.”

The partnership is the latest in a line of Land Rover tie-ups. In recent years, the company has provided Discoverys to Scotland’s Charity Air Ambulance and the Cleveland Mountain Rescue Team, while the now-defunct Defender was used in various military roles for many years.

Jaguar Land Rover’s UK marketing director, Anthony Bradbury, said: “It’s an absolute privilege for us here at Land Rover to be involved with the spectacularly talented crew of the RAF Chinook Display Team.

“Land Rover and the military have gone hand-in-hand since the very beginning, and our business is still a huge supporter of the armed forces. Since 2014, Jaguar Land Rover has hired more than 850 wounded, injured and sick ex-servicemen, and this latest partnership is just another example of how we intend to continue our support.”