Aston Martin's new SUV is coming to a mansion near you 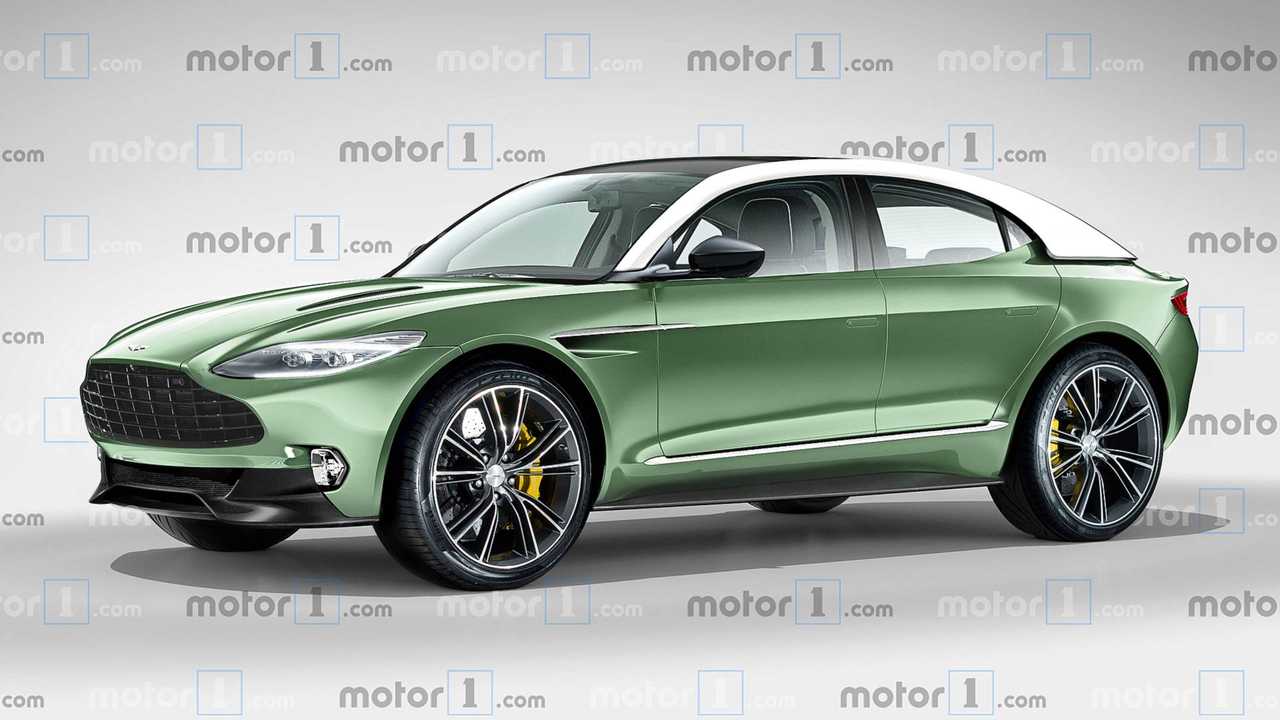 Our rendering shows how the Lamborghini Urus rival could look.

Aston Martin’s DBX SUV has been in the pipeline for a while now, but while rumours spread like wildfire, there’s been little in the way of clear communication from the guys and gals at Aston’s Gaydon HQ.

This rendering, however, shows us how the finished article might look. With styling taken from the DB11, our image presents an instantly recognisable Aston Martin front end on a slightly raised four-door coupe body.

The bonnet is a little shorter than you might expect – possibly to allow for the extra cabin space and a second set of doors – while the windscreen is more upright than normally seen on Aston’s rakish designs.

It’s not all change, though. The vents behind the rear wheels are an Aston trademark, while the swooping roofline features the DB11’s slightly detached C-pillar. In the DB11, it’s used to channel air towards the rear spoiler, but whether such a feature will be necessary on the British company’s high-riding SUV remains to be seen.

Not that the DBX, which is expected to bear the ‘Varekai’ name when it finally reaches series production, looks especially high-riding. Although this render shows a clear increase in ground clearance compared with, say, a Rapide S, it’s hardly a Mercedes G-Class. Like the Lamborghini Urus, then, this sports utility vehicle is likely to focus more on the sports and less on the utility.

We don’t yet know just how sporty it will be, though. The rumour mill continues to churn out theories about what could eventually power the DBX, and suggestions have ranged from electric motors to massive petrol engines.

According to Australian outlet Motoring, though, the Mercedes-AMG mild-hybrid straight six used in the CLS 53 is in the running to be slotted under the Aston’s bonnet. It wouldn’t be the first time an AMG engine has found a home in an Aston Martin – just look at the C 63’s 4-litre V8, which also nestles in the nose of the standard DB11.

If an interview between Motoring and Aston’s chief creative officer, Marek Reichmann, is anything to go by, however, we can be pretty sure the DBX/Varekai won’t get a diesel engine.

So that’s a resounding no, then.

But whatever powers the DBX, we can be sure it’ll find homes with plenty of the world’s richest households. And that’s a good thing, because whatever you think of obscene displays of wealth, driving a car that looks this good is as much of a public service as your local art gallery.