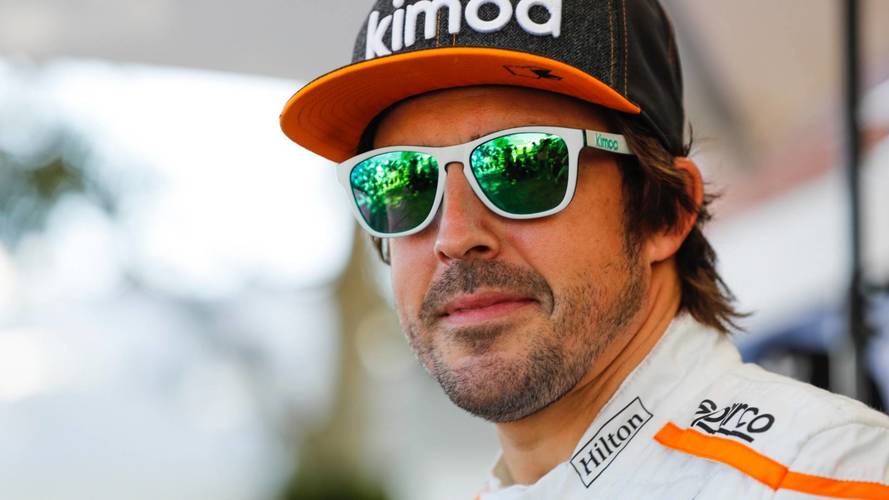 The double F1 champ is weighing up his options for 2019.

Two-time Formula 1 world champion Fernando Alonso has hinted on social media that he could be about to test a NASCAR Cup Series car.

The McLaren driver is set to leave F1 at the end of this year following 18 seasons of competition, where he won 32 races, claimed 97 podiums, and started from pole position 22 times

This is why Alonso quit F1

The fall-out of Alonso's F1 bombshell

The Spaniard has also dovetailed his final two F1 campaigns with IndyCar and sports car outings. He took on the Indianapolis 500 last year (bottom) and was in contention for the win before his car's engine failed. This season he competed in the 24 hours of Daytona at the start of the year, and has been racing full-time in the FIA World Endurance Championship for Toyota as well. He currently leads that series' points standings, and won the 24 Hours of Le Mans at his first attempt alongside co-drivers Kazuki Nakajima and Sébastien Buemi (above).

In a video posted to his and McLaren's social media pages, Alonso can be seen taking a phone call from seven-time NASCAR Cup Series champion Jimmie Johnson, with the American enquiring about Alonso's 'spare time' following his upcoming, and well-publicised retirement.

While many NASCAR fans will immediately be getting excited about the prospect of one of the best drivers of his generation making a switch to the United States' premier motorsport category, the video – which confirms nothing as far – appears to simply be teasing a possible 'seat swap' between the pair, where both will likely sample each other's racing machines.

Seat swaps between high-profile motorsport stars is not uncommon. in 2003 NASCAR legend and F1 race winner Juan Pablo Montoya sampled each other's cars at Indianapolis Motor Speedway, while Lewis Hamilton and Tony Stewart engaged in a similar exchange in 2011.

Naturally the video has also been met with a hostile response from F1 fans who claim that NASCAR is 'just turning left', ignoring the fact that there are three road courses on the top-tier Cup Series schedule, and oval racing is a skill in itself.

The last F1 driver to move over to NASCAR full-time was Scott Speed. He failed to record a single top-five result during a six year spell in NASCAR's top level, while former F1 title contender Montoya managed just two Cup Series wins in seven full seasons when he changed codes, with both of those wins coming on road courses.

As for Alonso's next career move, the smart money is on a full season in IndyCar as he looks to wrap up the 'Triple Crown' of Monaco, Le Mans, and Indianapolis wins. He recently tested an Andretti Autosport-run Indy car at Barber Motorsports Park ahead of his anticipated move to the series.