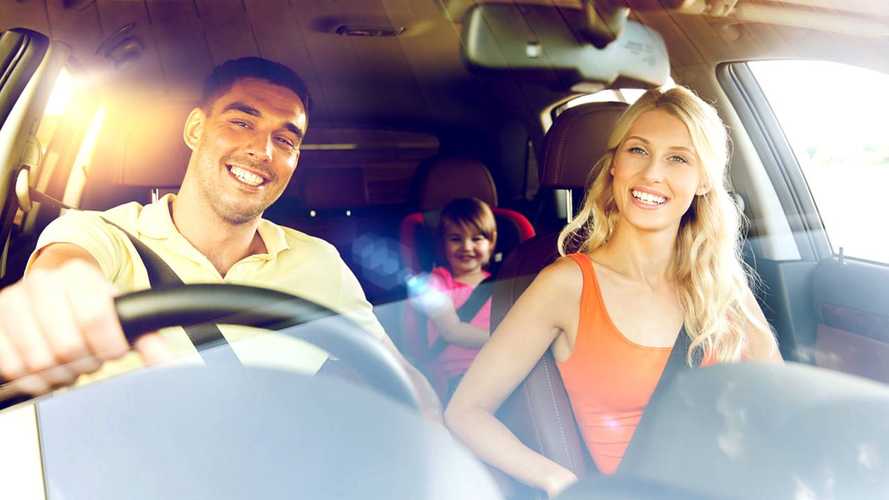 New research shows that the car has become the key place for family discussions.

When it comes to getting families talking, traditionally the dining room was the place where everyone interacted with one another. However, according to a new study, that room has been overtaken, not by another room, but by the car.

That's right, according to a new study by insurance provider More Than, nearly half of the British population sees the car as being the hub of all family gatherings. Of those surveyed, 47 percent of people felt that the car was the most significant place to get the family talking, in particular children. The car finished ahead of the dining room table by just one percent, and also beat family days out (39 percent), during the bedtime process (24 percent), watching TV (14 percent) and going for a walk (12 percent).

As well as revealing that the car is the place where most consider that the most important family interaction takes place, the new research also revealed that more sensitive subjects were discussed in the car as well. Over a third of those surveyed (38 percent) said the car was the space they’d be most likely to bring up a sensitive subject with a child – ranking higher than the child's room (33 percent), while out for a walk (16 percent) or even while watching TV (8 percent).

It also revealed the most popular subjects for discussion in the car including how their child is doing at school (53 percent), finance and money matters (28 percent), career aspirations (28 percent), social behaviour (23 percent), relationship advice (18 percent) and political values (15 percent).

So why is the car such a popular place for talking? Well, the survey suggested that the key reason is that it presents no distraction from the outside world, with 43 percent of those surveyed suggesting that. The fact that it puts people together in a small space for a long time was the reason given by 39 percent, ahead of the so-called 'soothing effect' of being on the road (30 percent).

"As our research shows, the car remains at the heart of the family and is one of the most influential and important spaces when it comes to getting families talking and interacting with one another, which we at MORE TH>N see as being key to their overall positive emotional well being," said Gareth Davies, head of motor insurance at More Than.