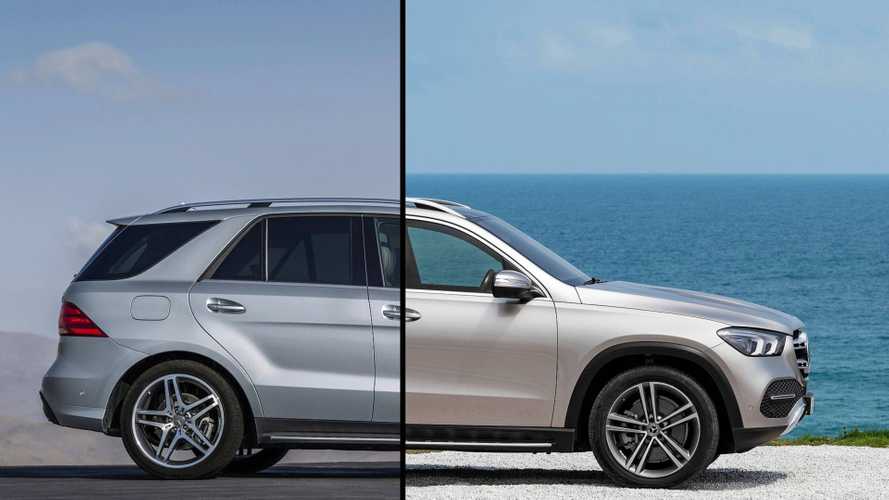 There's familiarity to the shape, but this is a completely new SUV from Stuttgart.

We lost count of all the times we caught Mercedes-Benz testing prototypes and pre-production variants of its all-new GLE-Class SUV. Slotting in the middle of the automaker’s lineup, it enters an extremely competitive segment where the term cutthroat takes on a whole new meaning. At a glance, Stuttgart’s new SUV doesn’t look much different, but alas this is an all-new machine from pretty much the ground up. Its wheelbase is stretched slightly, leading to more legroom and headroom, and for the first time the GLE-Class now offers a third-row seating option.

Get acquainted with the new GLE-Class

There are all kinds of tech upgrades as well, not the least of which includes the full glass cockpit treatment that incorporates a pair of 12.3-inch digital screens with the latest MBUX infotainment system. There’s also a trick new suspension system available as an option called E-Active Body Control that can adjust dampers and ride height individually at each wheel. Cool.

We have full details on the new GLE-Class at the links above. Right now, let’s take a closer look at some of the visual differences to see how the mid-size SUV compares to its predecessor.

This profile comparison easily showcases the smoother, rounded lines on the new GLE. There’s considerably less sculpting on the sides, giving the SUV a cleaner, more elegant shape. This angle also shows us the literal facelift given to the new headlights, and though it’s hard to spot the longer wheelbase, the rear doors appear ever-so-slightly longer.

A straight-on view shows us the fresh face that’s considerably less swoopy than before. Mercedes tells us the design changes reduce the SUV’s drag coefficient to 0.29 – a modest drop from the previous generation's 0.32 but apparently enough to give the GLE best-in-class honours.

This is perhaps the best angle to see just how smooth the GLE’s new shape is compared to the outgoing model. There’s familiar grey trim with trapezoid exhaust tips and red reflectors down low, but the new taillights are considerably slimmer and mounted much higher. The textured step bumper is also gone, creating a nearly flush seam with the rear hatch.

Changes to the GLE-Class interior are far more striking. About the only thing remotely resembling the previous model is the steering wheel, but it’s still an all-new piece. Gone are the dual gauge clusters and bulky centre stack with its multitude of buttons – it’s all replaced with dual 12.3-inch digital displays to give the interior a refreshed, elegant feel to match the exterior.

Of course, there’s no comparison for the optional third-row rear seat because it’s a brand new option for the GLE-Class. Admittedly it doesn’t look exceptionally roomy back there, but for larger families, the extra seats can certainly come in handy.

We’re very much looking forward to getting a closer look at the new GLE-Class in a few weeks when it makes its public debut at the Paris Motor Show.