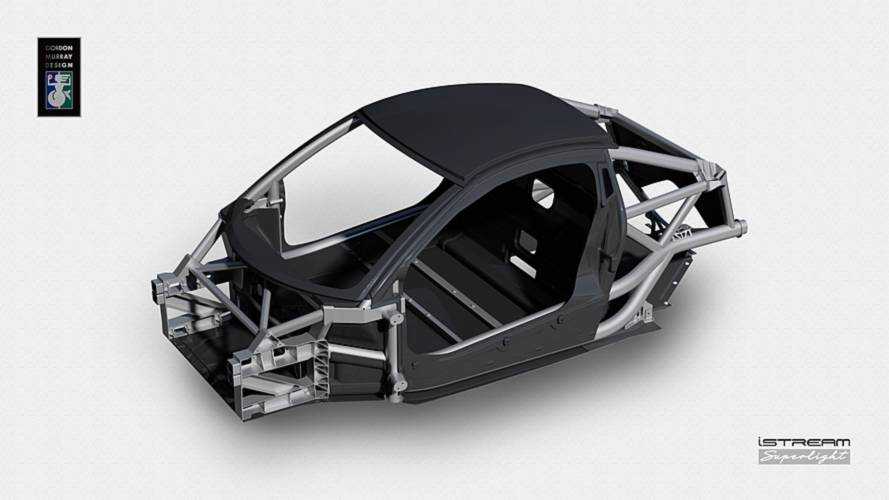 Although the T.43 is built by new firm Gordon Murray Automotive, the company says the platform is designed for licence or sale, so the car could arrive wearing another manufacturer’s badge.

Gordon Murray's building a sports car to set everyone straight

Either way, power comes from a three-cylinder turbocharged petrol engine that produces 220 bhp. That power is fed to the wheels via a six-speed manual gearbox.

According to GMA, the engine will be mounted in the middle of a car that measures 3.6 metres in length and 1.75 metres across.

The total weight of just 850 kg gives the car a power-to-weight ratio of 259 bhp per tonne, and GMA says the car will offer “exceptional” performance. The company is promising class-leading ergonomics, visibility and cargo capacity, too, alongside “new levels” of torsional rigidity, lightness and durability.

All that is made possible by sister firm Gordon Murray Design (GMD) and its iStream technology - the latest version of which has just been announced.

Using an F1-inspired high-strength aluminium frame with composite panels, GMD claims to have created a architecture that can deliver weight savings of up to 50 percent, permitting new gains in efficiency, performance and handling.

And because of the modularity of its construction, GMD says the iStream Superlight technology can be applied to any kind of car, from Ford Fiesta-sized superminis and Mazda MX-5-style sports cars to large SUVs or even Transit-sized light commercial vehicles.

The platform can even be used in electric cars, and GMD claims its adaptability would make it cost-effective for car manufacturers.

Professor Gordon Murray said: “The new iStream Superlight approach to vehicle manufacturing is a paradigm-shifting innovation for the global automotive industry. It is a breakthrough that will deliver the lightest chassis technology for decades to come. The Gordon Murray Design team has created a unique, adaptable and cost-effective way for manufacturers around the world to dramatically improve vehicle performance and efficiency.”

In addition to the cost and weight savings, though, GMD also points out that the iStream Superlight platform has far better corrosion resistance than conventional steel constructions.

But the iStream technology isn’t limited to the bodywork. GMD has also applied its lightweight know-how to vehicle seats, creating a seat that’s capable of four-way adjustment but weighs far  less than a conventional seat. That’s mostly down to the composite construction, which can use either glass or carbon, cutting the weight of a typical seat by around 30 percent.

Although conceived for the automotive sector, GMD says the construction could also be applied to aircraft or trains.

The new T.43 sports car platform is not related to the forthcoming TVR, which Gordon Murray has also been involved with.