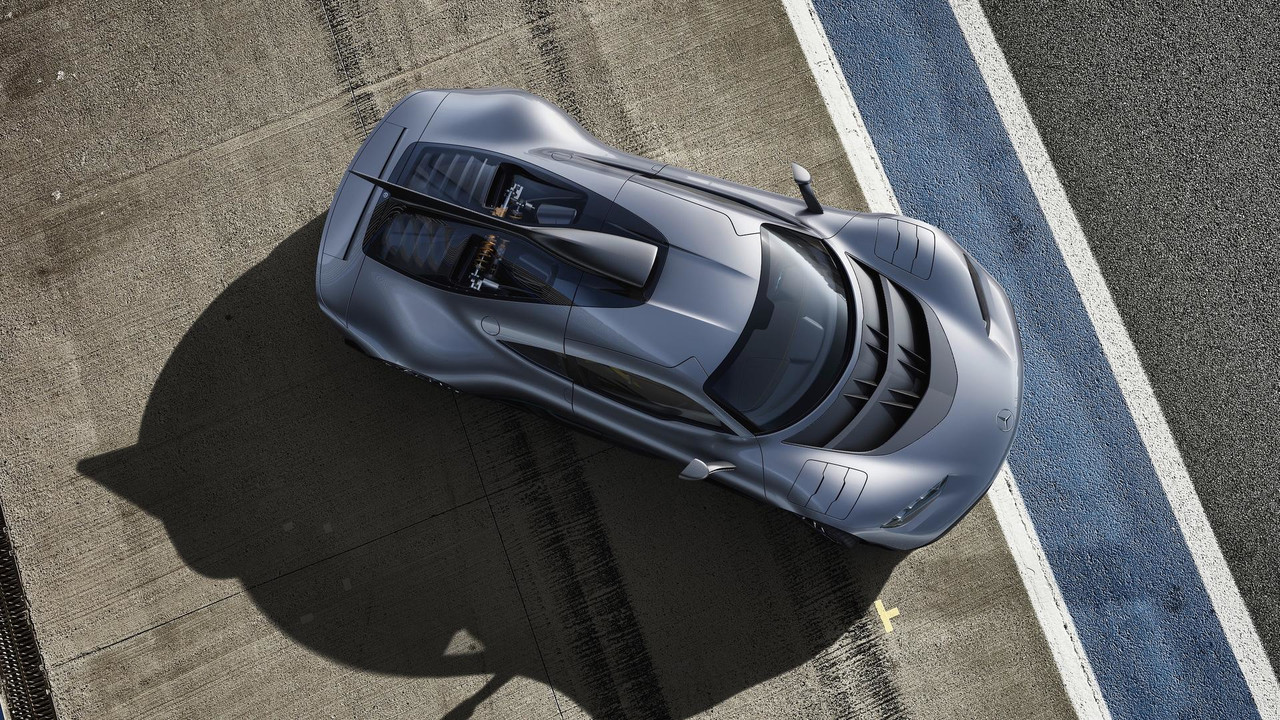 A track-only version was also considered, but ultimately failed to receive the green light.

In a day from tomorrow, it’ll be one year since Mercedes-AMG lifted the veils off the spectacular Project One at the 2017 Frankfurt Motor Show. Oddly enough, we haven’t heard much of the F1-engined hypercar since then, but it is believed the production-ready model will be unveiled soon. That likely means more juicy details are to be disclosed about what could turn out to be the fastest production car at the Nürburgring.

If we were to rely on the rumour mill, the talented folks from Affalterbach toyed around with the idea of chopping off the 1,000-bhp coupe’s roof to create a roadster version. While the model with the fixed roof will be built in 275 examples, the open-top derivative was conceived with a production run of 5 to 10 units. However, it appears we won’t be seeing anything along the lines of a Project One Roadster as plans were shelved in August.

The latest on Mercedes-AMG's F1 car for the road

Get Up Close And Personal With The Mercedes-AMG Project One

It’s a similar story with a track-only edition in the same vein as the Aston Martin’s Valkyrie AMR Pro, Ferrari’s LaFerrari FXX K Evo, and McLaren’s P1 GTR. The initial plan was to build anywhere between 25 to 50 units of the ultimate AMG track toy, but it’s not going to happen after all.

As for the coupe we’re all eager see in final guise, the report goes on to specify it might go by another name, although Project One does sound rather cool. Another tidbit is the availability of a “Qualification” mode, which we assume sharpens up everything to turn the hypercar into an even more track-focused machine.

If by any chance you have the £2-million hypercar on order, you probably know by now Mercedes-AMG has a problem with customers attempting to flip their cars. Those eager to actually drive their prized possessions are aware of the fact that after 30,000 miles, they’ll have to send the car to Mercedes-AMG to have the turbocharged 1.6-litre V6 engine rebuilt. Talk about first world problems…