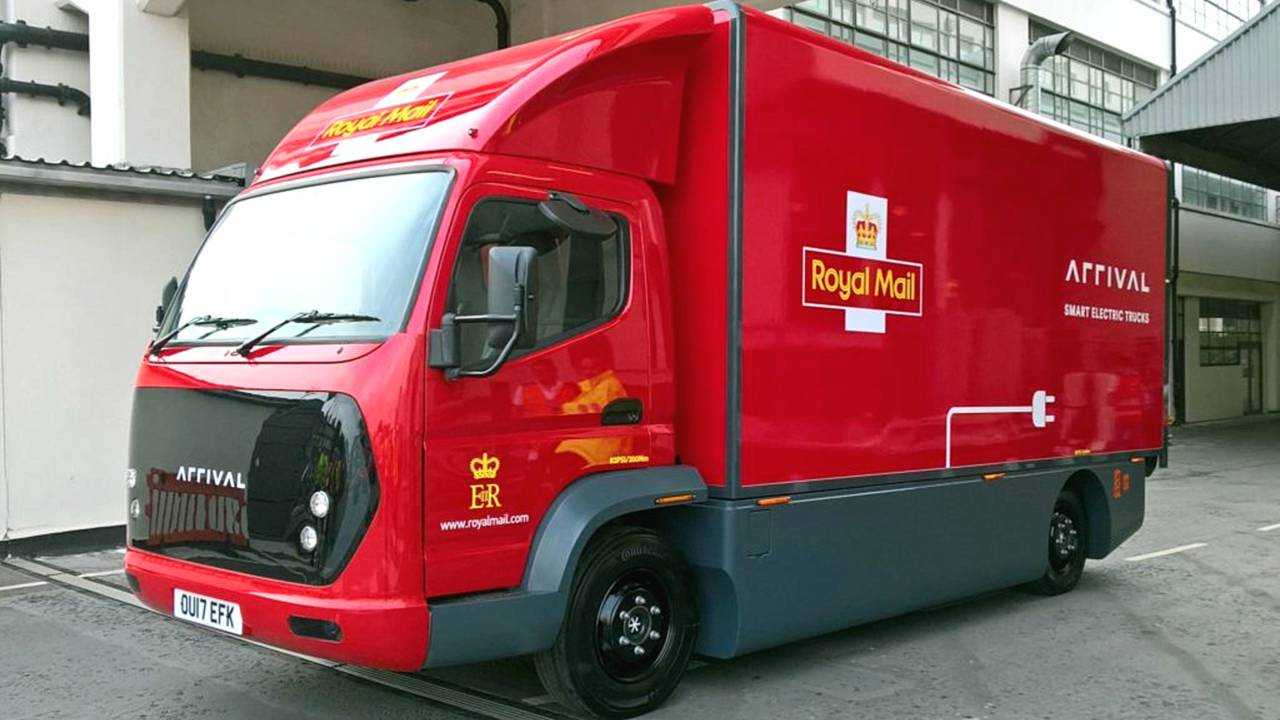 Nine vans will be rolled out in London, before hundreds more take to the roads across the country.

The battery-powered red vans have been developed by Banbury-based Arrival Electric Vehicles and have been rolled out in London ahead of a full introduction nationwide. Nine of the vehicles, operating at weights of up to 7.5 tonnes, will be running in the capital, distributing post from Royal Mail's central London depot.

The Arrival vehicles won't be the only electric vans in Royal Mail's fleet. 100 more Peugeot electric vans have also been ordered by Royal Mail, and will be put into service at 18 depots in Belfast, Edinburgh, Essex and Kent. Other areas will get the vans later on as fleet replacement schemes dictate, taking the place of vehicles in Royal Mail's 49,000-strong fleet at the end of their working life.

"We will be putting them through their paces over the next several months to see how they cope with the mail collection demands from our larger sites," said Paul Gatti, Royal Mail Fleet’s managing director, adding that the company was "delighted" with the new collaboration with Arrival.

"Our research has shown that electric vans are a good operational fit with our business,” added Paul Gatti. "It also means we are on the front foot for future changes in emissions legislation."

"We are continuously looking at new and innovative ways to reduce our carbon footprint. Improving the efficiency of our fleet by introducing electric vans is just one example."

Royal Mail's introduction of electric vans follows a trial for similar vehicles by UPS in London.

UPS also worked with Arrival on its fleet, with the partnership dating all the way back to 2016. Both parties have co-developed a number of prototypes with 35 state-of-the-art vehicles taking to the streets of London and Paris this year in an initial scheme to see how they work in a delivery environment.

The vans, which their manufacturer calls 'lightweight composite vehicles', will have a range of more than 150 miles, making them better than any other existing comparable options for a company such as UPS. Arrival says it is 'the first commercial vehicle manufacturer in Europe to provide purpose-built electric delivery vehicles to UPS’s specifications'.

"European postal providers, starting with DHL in Germany, have been taking this approach for a while now," said Ananth Srinivasan, a mobility expert with research consultancy Frost & Sullivan.

Srinivasan added that businesses in the UK, Germany, France, Italy and Spain had the potential to convert significant chunks of their fleets to electric vehicles in the coming years.