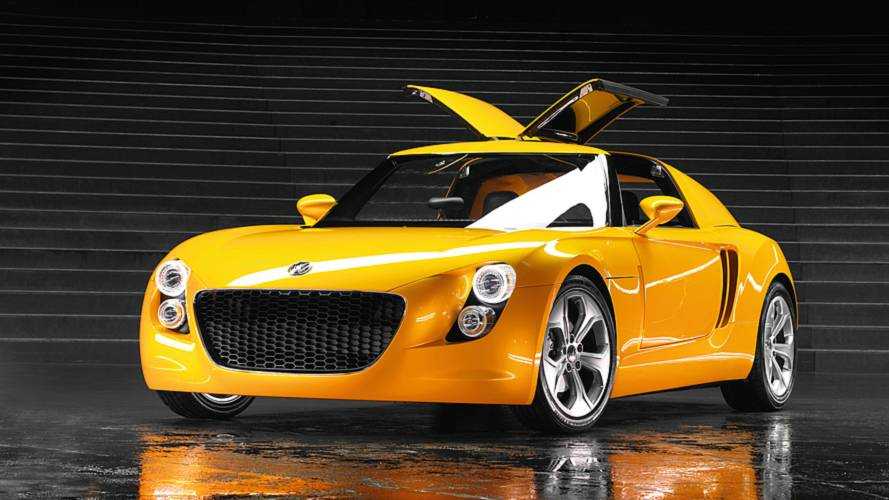 The diesel sports car was a coupe, convertible, and a speedster at the same time.

With quirky looks, a carbon fibre body, and a diesel engine mounted in the middle, the featherweight VW EcoRacer was an interesting proposal for a three-in-one sports car.

Most of us are still very fond of the oh-so-desirable BlueSport concept VW introduced at the North American International Auto Show in early 2009, but probably only a few will remember this little gem.  Also a mid-engined small droptop with only two seats and equipped with a diesel engine, the EcoRacer preceded the BlueSport and came out about two years after the racier V6-powered Concept R.

Back in 2005 when Volkswagen’s diesels were hugely popular, the idea of a TDI-powered sports car did not seem so outlandish. A then-new 1.5 TDI was at the core of the EcoRacer and helped the concept jump to 62 mph in a decent 6.3 seconds before maxing out at 143 mph. The mid-mounted unit had to do what a diesel knows best – sip as very little fuel as possible. It did just that by consuming only 3.4 liters / 100 km, which in UK miles per gallon translates to an impressive 83 mpg.

See other VW concepts from the series

These levels of performance and efficiency were possible mainly due to the car’s extremely low curb weight. VW came up with a carbon fibre body enabling the EcoSport to tip the scales at a mere 850 kg, so it was about as light as today’s up! city car. It was also quite small, measuring 3.77 metres long, 1.74 metres wide, and just 1.21 metres tall. Bespoke 17-inch wheels and extremely short front and rear overhangs gave the car a special look.

The pièce de résistance was undoubtedly the roof, with the driver being able to transform the EcoRacer from a conventional coupe to a roadster by removing the roof structure in just a few minutes. For an even more intense open-air experience, the windscreen together with its frame was also removable, thus effectively turning the concept into an old-school speedster.

Unfortunately, the EcoRacer was never intended for production, with VW describing it back in the day as being nothing more than a research vehicle “that united the elements of economy and performance under a very emotionally styled "roof."