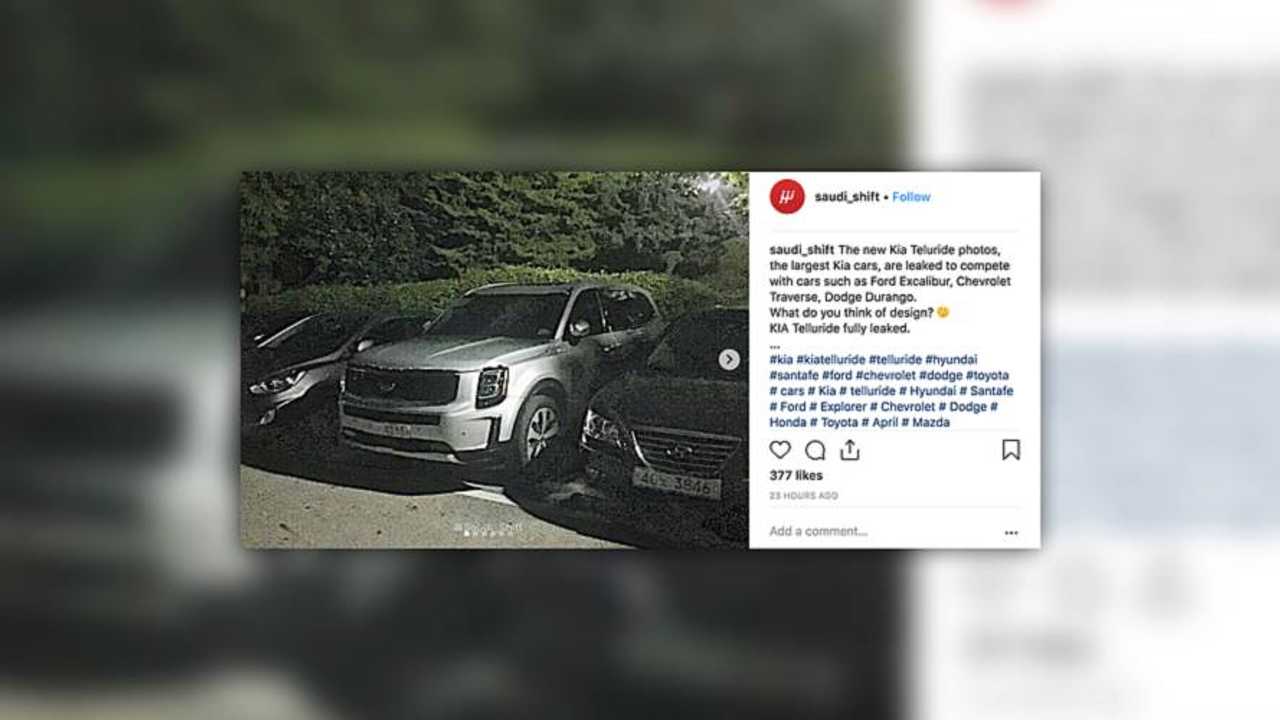 See the large SUV before Kia wants you to.

We’ve been following the progress of Kia’s full-size SUV since the beginning of this year. The South Korean automaker has done an admirable job keeping its prototypes out of the public eye, as we’ve only had a few encounters with camouflaged test vehicles. This latest encounter isn’t with a camouflaged vehicle, however. It’s with a completely uncovered model sitting still in a parking lot.

Saudi_shift posted the encounter on Instagram, and there’s no other way to say it – the new Telluride seems to be taking a few pointers from the Cadillac Escalade. This photo matches up with spy shots we received back in late June, showing a new front clip that differed from previous test vehicles and the Telluride concept from 2016. The grille is still quite large but it's not as bold as the concept’s piece, and the headlights are most decidedly rearranged in a vertical orientation. We can also see what appears to be a black bumper strip just below the grille, though with the lower image quality and low light it could be a secondary air intake.

Unfortunately there’s just this single shot available, showing only the front clip with any measure of detail. Still, it’s enough to clearly see the big SUV’s face. We won’t say people will mistake this for a Cadillac – the Escalade’s massive chrome grille makes sure of that – but the headlight orientation does make for a striking resemblance to the luxury hauler. If we’re honest, the look seems rather conservative and uninspiring compared to what we saw on the concept vehicle. It’s possible this is a lower trim level, which would leave room for a bit more bling on luxury editions.

Here's what we know about the Telluride:

Power is still unknown but we expect to see a conventional powertrain at launch, with hybrid options possibly coming later. With this being Kia’s first step into the large SUV segment we suspect executives will gauge its sales success before going too far down the development road.

Look for Kia to launch the Telluride by the end of this year, or early next year, as a 2020 model.