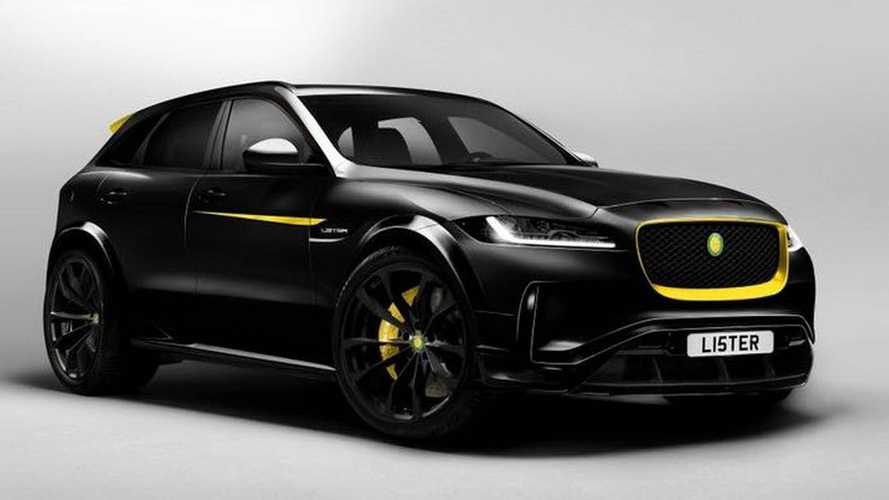 As the company aims to dethrone the mighty Lamborghini Urus.

With a top speed of 176 mph (283 kph), the Jaguar F-Pace in the range-topping SVR trim is one of the fastest SUVs ever made, but not the fastest since that role has been attributed to the 190-mph (305-kph) Lamborghini Urus. With Cambridge-based Lister’s help, the British SUV will eventually dethrone the raging bull on stilts from Sant'Agata Bolognese by maxing out at more than 200 mph (322 kph).

Get up to speed with the latest from Lister

Known as the Lister LFP, the amped-up F-Pace is being previewed through several images released this week to lure in buyers as the company is already accepting pre-orders even though full technical specifications are not available at this point. We do know power will hit the 670-bhp mark, presumably generated by a tuned version of the supercharged 5.0-litre engine. In the regular SVR, it’s good for 550 bhp. No word just yet about torque, but an educated guess says we should be expecting a serious bump over the stock 502 pound-feet.

While the 666-horsepower Lister Thunder based on the Jaguar F-Type R is limited to only 99 units, the new LFP will have a larger production run of 250 units. One of the previous teasers showed the car painted in green, but the final version is wearing a predominantly black coat with contrasting yellow accents for the body and the brake callipers.

Aside from tweaking existing products, Lister also has plans for a bespoke model as a spiritual successor to the Storm. Teased earlier this year, the Storm II will take the shape of a sleek supercar with approximately 1,000 bhp coming from a Jaguar-derived supercharged 7.8-litre V12 engine. It’s rumoured to cost somewhere in the region of £2.15 million and might spawn a hardcore track-only version.