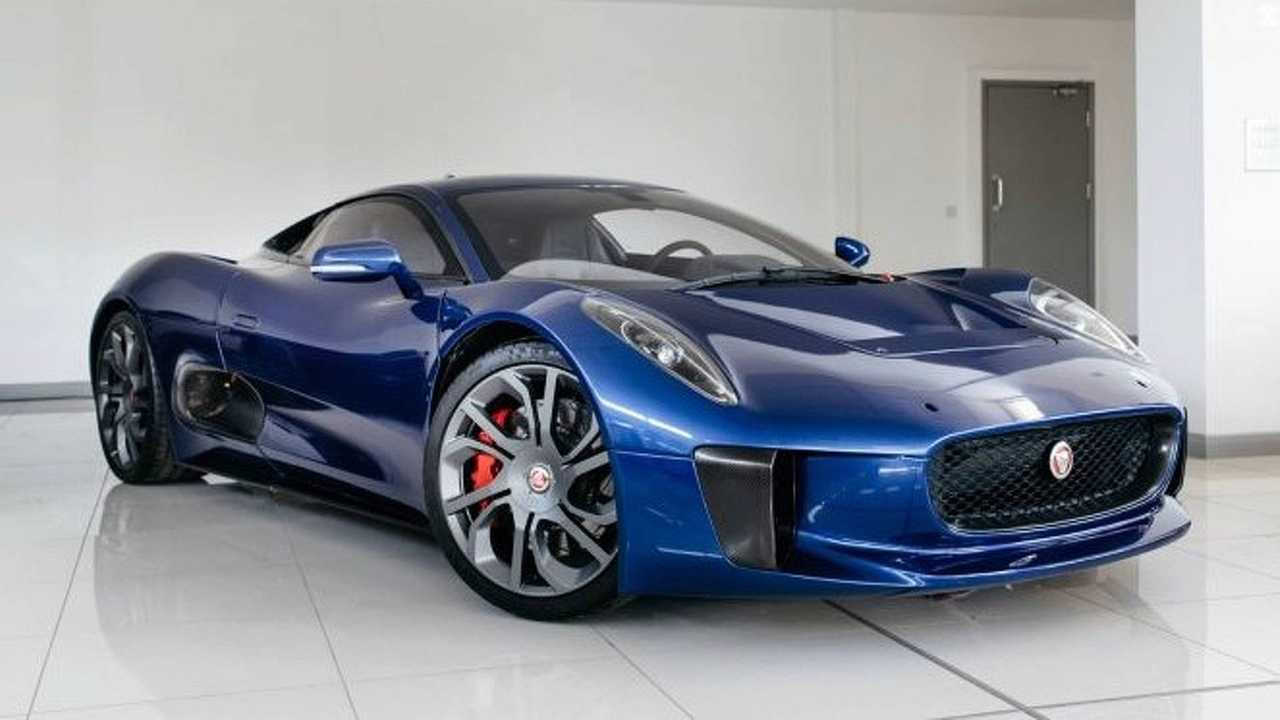 One of four screen-used Jagaur C-X75s from Spectre has appeared for sale.

Remember when Jaguar did its best Chris Tarrant impression on its 75th birthday by showing us all the C-X75 concept, only to pull it away from us at the last second, seemingly quipping "but I don't want to give you that" while the stunning supercar disappeared into the distance?

How about when said car returned to the public eye as Bond villain Mr. Hinx's vehicle of choice in Spectre? Again, Jaguar refused to sell the car to the public, despite more than enough interest in it from people who could actually afford it (sadly, I can't exactly count myself in that group, although I am a fan).

Well, for one rich Jag fan, all of your Christmases are about to come at once because a C-X75 has been made available for sale – and yes, you can drive it!

The car, made available by Kaaimans International in Nottinghamshire is one of five functional C-X75s built by Jaguar Land Rover's Special Vehicle Operations (SVO) and Williams Advanced Engineering (the automotive consultancy offshoot of the Formula 1 team).

Jaguar kept hold of one, while four screen-used stunt cars were later auctioned off. This car is one of those, and funnily enough is listed as 'used' – it comes with a plaque confirming it. Ignore the repainted blue bodywork, this once orange supercar was driven by former Stig Ben Collins and rally champ Mark Higgins in the 24th Bond film.

Because of its former life as a movie stunt vehicle, it doesn't come trimmed with Jaguar's usual luxury interior features. Instead, a plethora of nuts, bolts, and exposed panels show this to be a car that really does mean business. Recaro racing seats, a Momo steering wheel with carbon fibre shift paddles, a race car-style switch box with electrical cutoff, and a rally car-esque hydraulic handbrake are among the interior features, while the brake bias is also completely adjustable via a knob in the cockpit.

Engine-wise, the C-X75s in the film did away with the space-age turbines of the original concept, instead going for a proper 5-litre V8 that was every bit as muscly as Dave Bautista, the ex-wrestler whose character owned the car on screen.

Kaaimans International aren't confirming a price for the car, but you can expect it to easily be in the high six, to seven figure region. Back in 2016, an Aston Martin DB10 also built specifically for Spectre sold at auction for a whopping £2.4 million, nearly two and a half times its guide price, but that car wasn't able to be driven on the road at all, unlike the Jaguar.

So, if you have plenty of money and fancy playing at being a Bond baddie, you might want to check out the C-X75's listing.