2019 Mercedes B-Class spotted up close inside and out 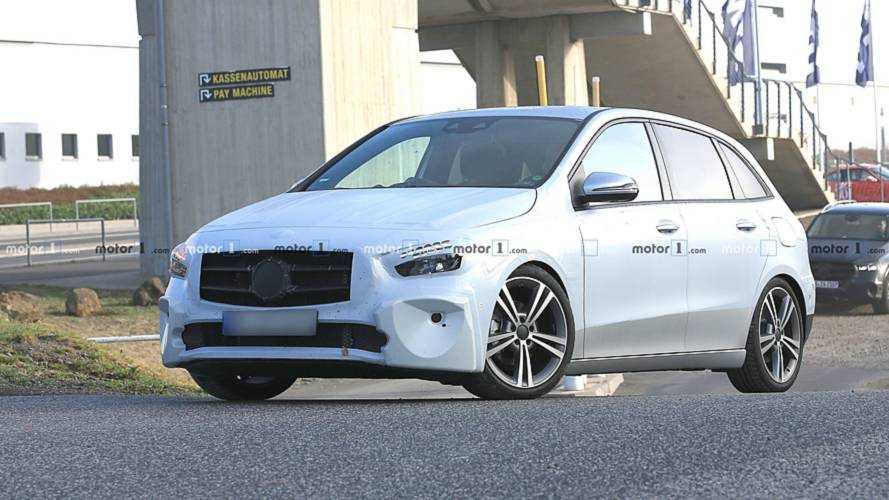 The conventional camouflage is gone as all there's left now is a thin wrap.

It’s understandable why some people are finding MPVs to be on the bland side, but the French with their quirky MPVs have proven these family-oriented vehicles don’t necessarily have to be boring. In recent years, the Germans have infused some sophistication into this segment with cars like the Mercedes B-Class and the BMW 2 Series Active Tourer/Gran Tourer.

Here's how we think it's going to look lik

2019 Mercedes B-Class spied in most revealing shots to date

Even though in 2018 crossovers and SUVs are on everyone’s lips, posh people carriers are here to stay and today we can bring further proof that Mercedes will soon be coming out with a third generation of its B-Class. Most of the camouflage is gone as the three-pointed star only applied a thin body wrap and some pieces of plastic at the front bumper where you’ll find the air intakes.

The exterior design certainly won’t make you rush to a local Mercedes dealer and pre-order the new B-Class, but minivans are about something else. In this particular case, it’s tailored to young families in need of more space than what the A-Class can provide, offering more room not just for the passengers, but also for their luggage.

This thin disguise is quite revealing as it allows us to see the B-Class will be more than just a tall A-Class with a bigger greenhouse. While the hatch has a sharp body, the minivan is more rounded and looks visibly larger thanks to a taller roof. There’s not much to say about the interior since it will be largely carried over from the compact hatchback, despite the fact Mercedes went through the trouble of concealing the prototype’s cabin while leaving the familiar dashboard mostly exposed.

The test vehicle in question must have been a higher-end trim level judging by the large 19-inch alloy wheels and what appears to be full-LED headlights. Front and rear parking sensors are noticeable, as is a rear view camera mounted next to the tailgate’s handle.

We might get to see the new B-Class without any camouflage as early as next month at the Paris Motor Show or even sooner on the World Wide Web. When it will eventually debut, expect the MPV to have virtually the same engines, gearboxes, and technology as the A-Class.